The PlayStation 3 video game title Gravity Crash has been announced for the PS Vita. News comes from the PlayStation Blog and if you’ve already played the PS3 version of the game, a few new features may have you picking up the re-release.

Gravity Crash is a video game title that was brought out by Just Add Water back in 2009. Now the development team is bringing out the game once again for the latest Sony handheld, the PS Vita. The same core gameplay is present in Gravity Crush but the development team did make a few small changes.

For one, the PS Vita version will have revamped graphics and will play in the native resolution at 60 frames per second. Stewart Gillray, CEO of Just Add Water stated the following at PlayStation Blog.

“A quick glance will show that a lot has changed visually. We’ve got it running at the Vita’s native resolution at a smooth-as-butter 60 frames per second. The lighting and visual effects have been given a makeover, turning the particles up to eleven. Explosions, weapon effects, a refined graphics renderer, better lighting… the list goes on. And that’s just the visuals!

That’s not all, though… much of the gameplay has been revisited. By adding a third player ship we managed to create three difficulty levels, including the anti-gravity ship for the easy difficulty. Reviewers of the original game commented on the difficulty; another throw-back to old school gaming we were keen to capture that might be too hardcore.” 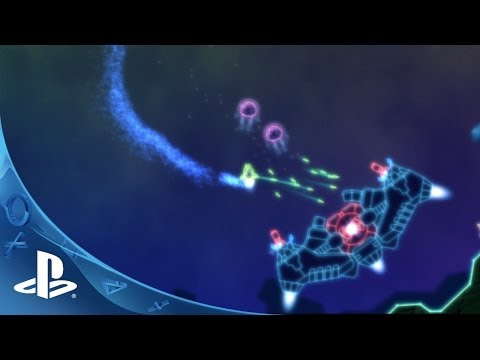