Gran Turismo 6 received an update entitled 1.03. With the new update, players will have a brand new prestigious concept car for all GT6 drivers to burn tires with!

We’re talking about the all new Toyota FT-1 concept that was just showcased at the Detroit Motor Show. Gran Turismo developer Polyphony Digital is one of reasons why the FT-1 design actually became a reality.

“Calty Design Research has worked with Toyota over the last 40 years, concepting some of the manufacturer’s most cutting-edge vehicles, including the FT-1. As part of the design process, Calty approached Polyphony and asked the prestigious video game studio to recreate the concept digitally as part of the design studio’s pitch to Toyota executives. Watching the concept car in the Gran Turismo game engine helped Toyota make the decision to build the concept model.”

“Thanks to the amazing capability of the Gran Turismo game engine, gamers can enjoy a very real simulation piloting the ultra-high performance FT-1 on the tracks it was designed to master.”

Besides the FT-1 concept, the update also includes the following fixes compiled by GTplanet:

The update also includes Unique Seasonal Events which are as follows: 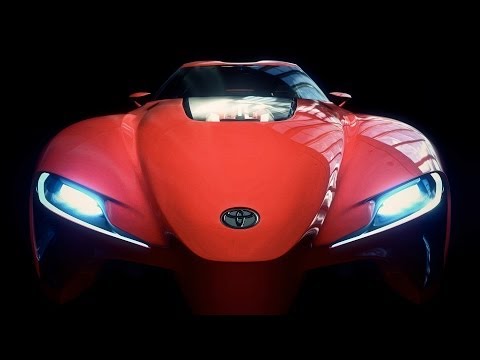 Also below is the screenshots of Toyota FT-1 and interiors of BMW M4 coupe:

So get ready to drive ultra-fast in this futuristic Toyota beauty and do share your experience with us below.