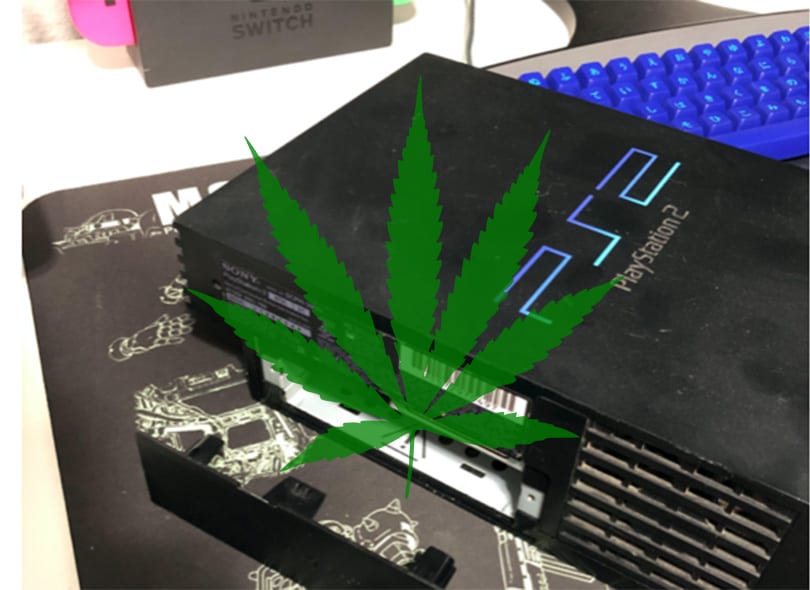 Sure, I’ve heard gaming and getting high goes well together, but I’d never heard of someone actually putting the two together, until today…

I’m sure you’re familiar yourself with stumbling across some weird and wonderful posts on Reddit, but I certainly wasn’t expecting to see this on r/gaming on Playstation’s 20th anniversary this week.

Now the Playstation 2 (which was my first console) came out around March 4 2000 when I was still quite young, so I have to admit that I don’t strongly remember the console’s specific build design.

One gamer took to Reddit recently to share his genius (some would say) stashing spot that he invented to store his weed. Excuse the rather vulgar username, but u/AdventurousAn*s certainly lives up to that adventurous name as they discovered an empty slot at the back of their Playstation 2 that was just the perfect size to fit their drug supply.

Most fellow Redditors were massively shocked to discover that the Playstation 2 all along, in fact, had this secret hiding place. Bet they’re gutted they also missed out on the perfect weed stashing hidey-hole!

So 20 years on, Sony finally revealed their plans and specifications for the latest Playstation console, the PS5.

What Are the Playstation 5 Specifications?

At “The Road To PlayStation 5” event on March 18 2020, Cerny took a deep dive into revealing the next gen console’s features and capabilities.

What was not revealed was the shape and overall design of the console, so we won’t yet know at this stage whether or not u/AdventurousAn*s will be able to fit their current weed stash into the console.

Here’s the Playstation 5’s specifications at a glance: