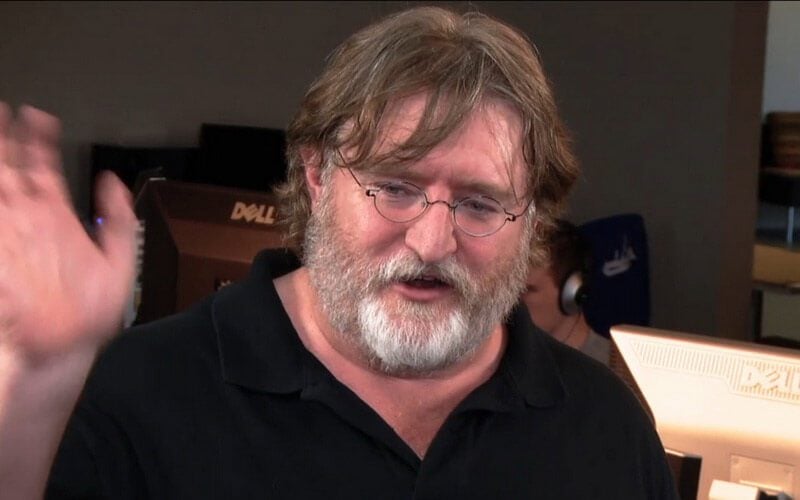 Gabe Newell is an unstoppable force in the world of gaming. His influence covers all areas, from sales and marketing, to software development, and even hardware.

Whether you’re talking about revolutionizing content delivery through Steam, how Half Life 3 is the most anticipated game of all time, or Gabe Newell’s staggering net worth, when this man speaks – people listen. And more importantly, when his customers speak, he listens. Gabe is known for taking feedback into heavy consideration, and isn’t afraid to admit it when they’ve made a wrong turn.

Gabe recently visited reddit for an AMA. For the uninitiated, that stands for “Ask me Anything” and it allows redditors to ask questions of anyone from celebrities, Presidents, athletes, or just regular people. The concept is that nothing is out of bounds, and the best questions get voted to the top. There are some incredible ones, and some disasters like when Woody Harrelson refused to talk about anything besides his moving Rampart.

Here are the highlights from GabeN’s AMA on reddit.

When asked about Valve’s secretive nature…

User: Hi GabeN, Why does Valve not talk to its community about the games/apps its developing as much as other companies?

Gabe: Because our decision making is way more conditional than most other companies. The one thing we won’t do is waste our customers time and money, which means we will cancel or change stuff much later in development. Tracking our choices would be annoying and frustrating.

Another way to think about this, and the way we talk about this internally, is that we prefer to communicate through our products. We are all pretty devoted to reading and listening to the community – everyone here believes it is an integral part of their job to do so. And when it comes time to respond, we generally use Steam – shipping updates that address issues or add functionality. Obviously this doesn’t work for everything. Working this way imposes latency on our communication – it takes longer to ship and update than to do a blog post. This can lead to the feeling of an echo chamber, where it seems like Valve isn’t listening. We’re always listening. So sometimes the latency is rough for everyone, including us when we want to address issues quickly. On balance we think it’s usually worth the trade-off.

When asked about movies…

User: Wasn’t there a movie (or a set of 2 movies) coming in that universe by Valve and JJ Abrams?

On his favorite Valve games…

User: What is your personal favourite Valve game/series?

Gabe: I think Portal 2 is our best single-player game. I play Dota 2 the most of our multiplayer games.

User: What do you regret about Half-Life then? That’s an interesting thing to say, regarding that the HL series is one of the most critically acclaimed of all time.

Gabe: The issue with Half-Life for me is that I was involved in a much higher percentage of the decisions about the games, so it’s hard for me to look at them as anything other than a series of things I regret. There’s no information in my response about what we’ll do in the future. It’s simply easier for me to be a fan of things that in which I was less directive.

If you are involved in a game, everything ends up being a set of trade-offs. Anything in a game is a sacrifice of things not in the game. I just feel those more personally about Half-Life for a bunch of reasons.

User: What is the status of Half Life 3/Half Life 2 Episode 3? Is Valve still working on any fully-fledged single player games? An unidentified anonymous source at Valve has said that Half Life 3 has been cancelled. Is that source legitimate?

Gabe: The number 3 must not be said. Yes. I personally believe all unidentified anonymous sources on the Internet.