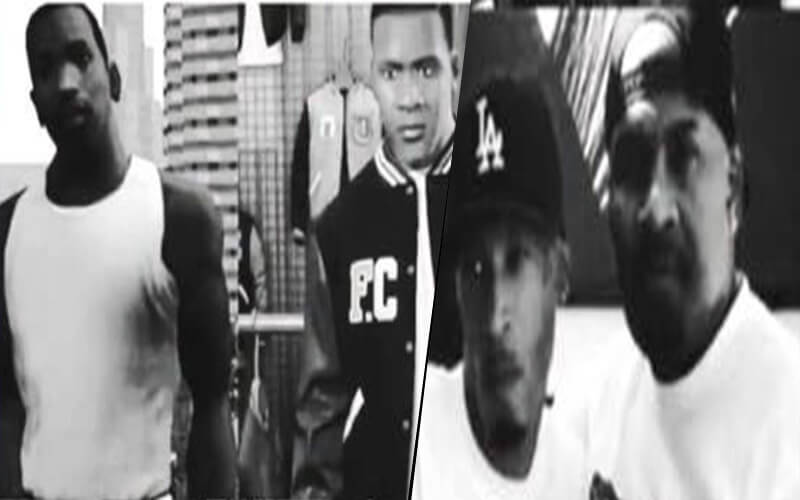 Just a while ago, we had the voice actor of Fallout 4 confirming that post-production of Fallout 5 has already begun due to a lapse of judgement and now it seems the voice actor for Franklin, one of the three main leads of Rockstar’s open world game Grand Theft Auto V, has made a similar goof up.

Maylay a.k.a Mayleeno uploaded a picture on Instagram on March 3rd that featured a collage of CJ and Franklin side-by-side on top and a collage of himself and CJ’s voice actor in the bottom along with the caption – #CJ #Frankilin #GTA DLC? Shh!

An eagle eyed reader of Fraghero managed to take a screenshot of the post (image below).

He quickly realized his folly and took down the original post and replaced it with another one but without the “DLC” part written in the caption. However, many of his followers also noticed his omission.

If you check the comments out, you’ll notice some of them asking him why he removed the original post containing the word ‘DLC’ from the site and uploaded a new one instead.

We’ll put up the hat of Captain Obvious here and point out that something definitely is cooking. Not only is it very weird for the guy who plays Franklin in GTA V to put up such a picture with CJ’s voice actor but the fact that he put ‘DLC’in the original one definitely suggest a DLC pack might be on the cards for GTA V soon. One that might feature CJ in some form.

Now, many of you don’t know about this but there is actually a theory for GTA V that suggests CJ is franklin’s father and his aunt might actually be his mother. (CJ’s girlfriend Denise from San Andreas).

It is to be noted that she hid her past from CJ during the game (GTA V) and it makes sense for the upcoming DLC pack to cover that backstory. It would make for an really interesting content pack and fans of San Andreas would go nuts if Rockstar actually announced this.