The popular beat ’em up title for the XBLA market, Foul Play, is now making its way to the Sony PlayStation 4 and PS Vita. Developed by Devolver Digital, players will take control of daemon-hunter Baron Dashforth. Though unlike most beat ’em ups, you’re not really going on an epic quest but merely putting on a show for the virtual audience.

Taking place in a theater room, Foul Play tells the different epic tales of Baron Dashforth and within these tales comes of course the different enemies in which Baron had defeated. Instead of a mere health bar, Foul Play gives you the “Mood-o-Meter” where depending on your acting, Baron may just get booed off the stage.

As mentioned, Foul Play will be coming on the PlayStation 4 and the PS Vita which will be featured as a Cross-Buy. As of right now, there is no word on when the game will be released but for the meantime, why not check out the trailer down below and let us know if you plan on picking up Foul Play when it finally does release. 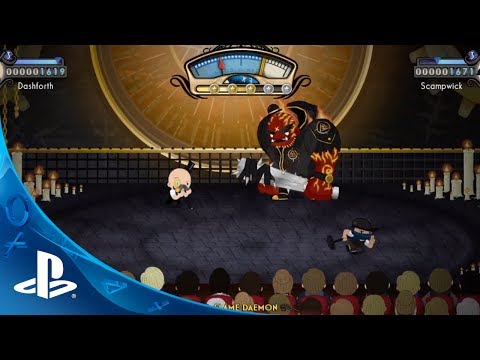