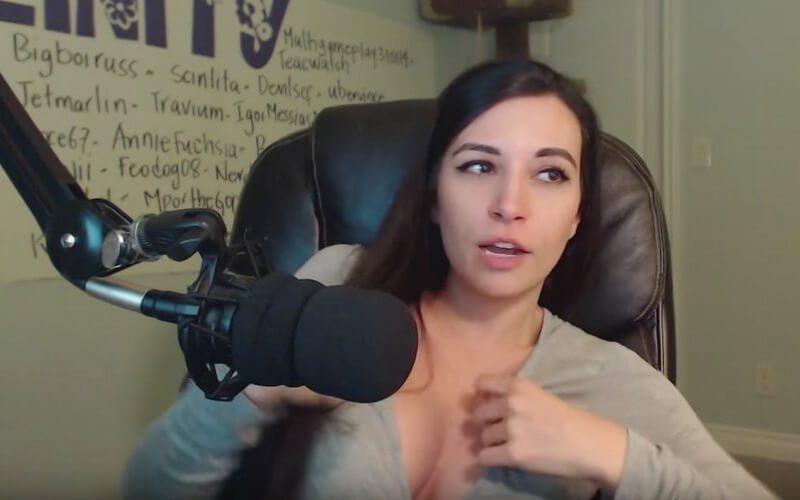 Alinity has over a third of a million followers on Twitch and over 20 million views. She has been streaming since 2012, and tries to get online everyday. Alinity has been gaming since she was 4 years old, and has put over a decade into WoW, and now she’s heavy into Hearthstone.

One of the reasons she’s gotten so popular is likely due to the fact that she’s very considerate of her audience. For example, when the  topic of push-up bras came up, she took the time to explain how they worked, and even put on a demonstration for her audience.

That’s the type of hands-on education that’s really missing in today’s world, so we commend her for helping to educate future generations.

“I’ll teach you guys how to know when a girl has a push-up bra on. Do you guys want to learn?” – Alinity

She goes on to demonstrate that the trick of the trade is to look for a crease above the breast.

If there’s a bit of a line there, it means the ladies’ boobs are being pushed up by a bra, as opposed to a regular bra that would allow them to hang a little more naturally, thus not having the crease that shows up when you push upwards.

Now you can consider yourself enlightened. Remember, knowledge is power, so use your new powers wisely.

You can find her streaming on Twitch, so make sure you follow.