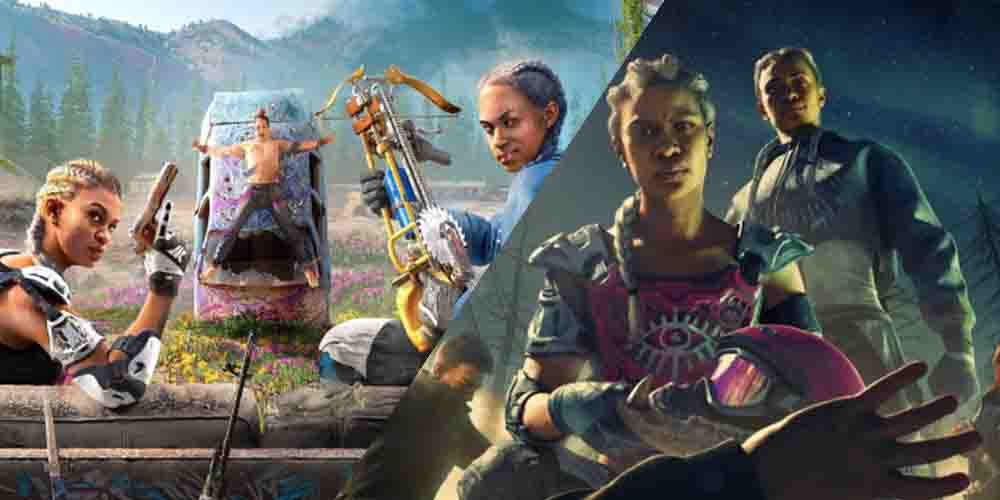 Far Cry New Dawn, the next chapter in the story of Hope County and Joseph Seed, is due to release next month and Ubisoft has just dropped a brand-new story trailer.

Check it out below.

In the video’s description Ubisoft writes: “Sh*t just got real. Face off against the ruthless highwaymen and their leaders the Twins as you fight to survive in a dangerous post-apocalyptic frontier.

“Form unexpected alliances, build a deadly arsenal of makeshift weapons and gear using the remnants of the old world to survive against all new threats.”

The trailer and the description confirm the return of fan-favourite villain, Joseph Seed, despite the game being set a whole 17 years after the events of FC 5.

According to the description, “the remaining populace has gathered into different groups, each with their own rules for survival” and you’ll have to craft makeshift weapons from the debris that was once Hope County.

The game can be played solo or in two-player co-op and will feature all the staples of the series, including Fangs for Hire, Guns for Hire, Expeditions, camp expansions and Outposts.

Face off against the ruthless highwaymen and their leaders, the Twins, as you fight to survive in #FarCryNewDawn…

Ubisoft has also confirmed that Expeditions and Outposts will be different for every playthrough to provide “rewarding missions that increase in challenge and are surprising every time.”

You’ll also be able to travel outside of Hope County to places such as “wetlands, canyons and coastal regions.”

Far Cry New Dawn releases on PC, PlayStation 4 and Xbox One on 15th February 2019. Will you be picking this up?