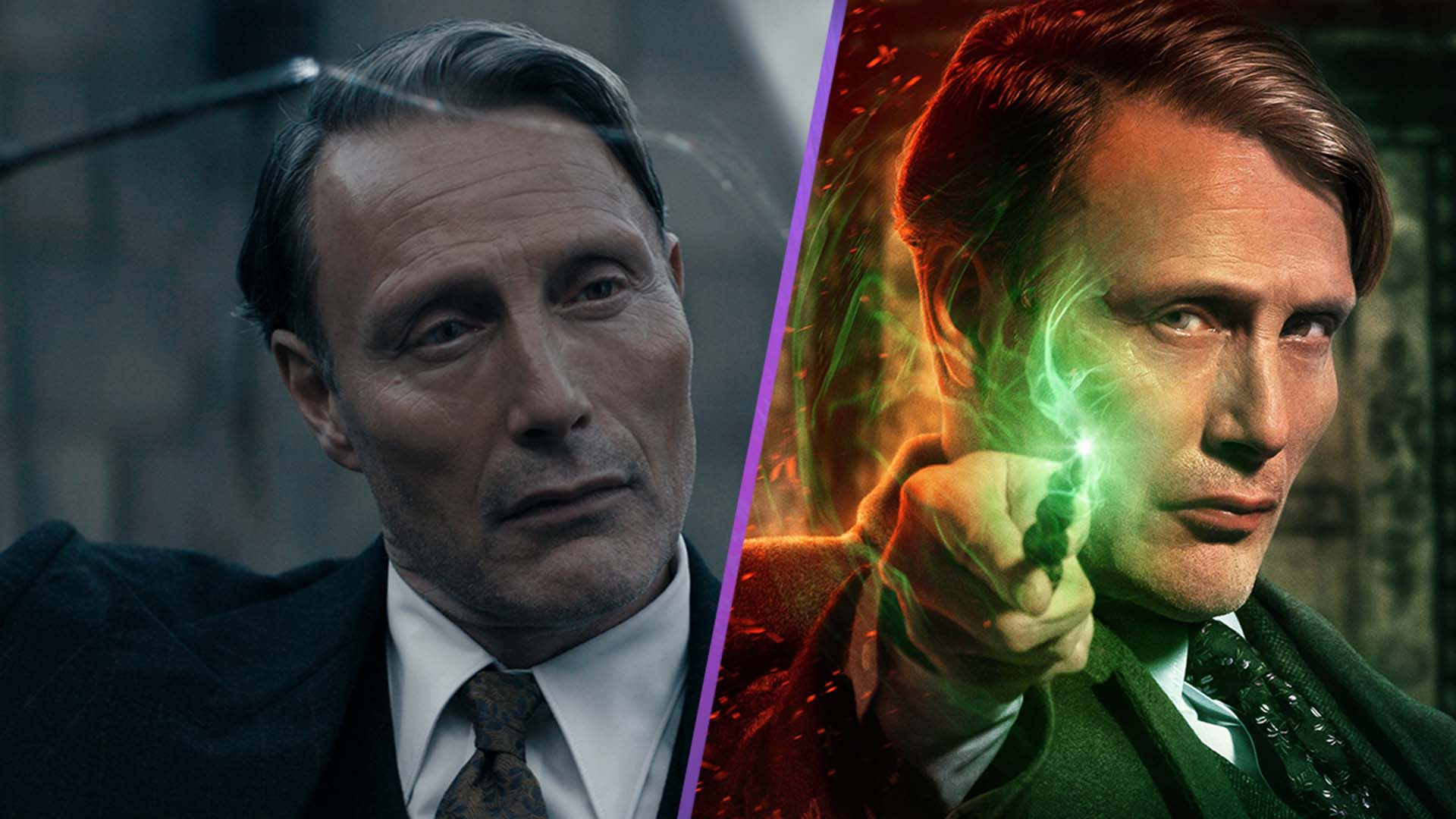 Fantastic Beasts: The Secrets Of Dumbledore has shown a look at Mads Mikkelsen’s Gellert Grindelwald in a new poster.

A series just showing the world of Harry Potter and the creatures that inhabit it is an interesting prospect, but the studio and Rowling seemed to think it had to tie into the original series somehow. This led to the abysmally bad and critically maligned Fantastic Beasts: The Crimes Of Grindelwald that was a total mess, both in terms of the writing and the tone. The twists in the movie were baffling from a lore standpoint and just didn’t work in the film overall.

The series is mired in controversy thanks to the creator’s alleged remarks, with it remaining to be seen whether or not this’ll affect ticket sales. There was also the court case with Johnny Depp which, regardless of the actual result of the court case, led to him being taken off the movie. Mikkelsen will be taking over as Gellert Grindelwald from this movie.

Fantastic Beasts: The Secrets Of Dumbledore releases in April, with a trailer dropping earlier this year. Personally, I’m not at all excited for it despite once being a massive Harry Potter fan. It just doesn’t look exciting to me, and I feel the potential of the series was ruined after the first movie.

What do you think of this new Fantastic Beasts Poster? Will you be seeing the movie, or skipping this one entirely? Let us know across our social channels.