The PlayStation 4 released today in North America, marking the debut of the fourth generation of Sony’s videogame platforms. PS Gang put up a request for fans to send in their messages, pictures and thoughts about how they feel about the PlayStation 4 and what they’re looking forward to in the next-gen of consoles.

Although the hype surrounding the PS4’s release can’t be compared with anything before it, but it still feels a bit surreal now that it’s truly arrived. We’re pleased to share the experiences of one PlayStation fan exclusively with our readers.

Our super fan J.J Stout has also put together a neat unboxing video for you to enjoy, expressing her joy in being able to get her hands on the device. She also got herself copies of Call of Duty: Ghosts and Assassin’s Creed: Black Flag along with the console. She promises to buy Killzone: Shadow Fall and the PS Camera later today. Here’s how she feels about the PS4 –

“The Playstation 4 is amazing. There is SO MUCH potential in this system. As Sony said, it has “10 times the processing power as the PS3.” While there aren’t that many games at launch, I am impressed with the graphics and gameplay offered by Assassin’s Creed IV and am very excited for future titles like ‘The Elder Scrolls Online’, ‘The Evil Within’, ‘Watch Dogs’, and ‘Thief’. Don’t forget about PlayStation exclusives like ‘Infamous’, ‘Uncharted’, ‘God of War’, and ‘Little Big Planet’! With the computing power Sony put into this system, I believe we haven’t even skimmed the surface of what it can do in the future, she proclaims.

“The controller change is nice, but I doubt I will actually use the share feature that much. I think the touchpad is an awesome addition and has a lot of potential. If you’re going to spend $399-$499 on a gaming system… Wouldn’t you want to invest your money in a company that is more focused on gaming than a company focused on incorporating gaming into your multimedia center? Overall, I love the steps they’ve taken, and I can’t wait to see what Sony and the developers have in store, Stout concludes.”

Here’s the neat little video she’s done, be nice to her in the comments. 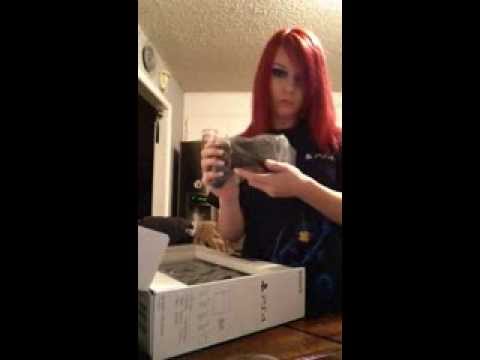 PS Gang has put together a gallery of images sent by fans from across the United States in order for you to get a feel of what kind of emotions they’re going through right now and become a part of the launch yourself through their expressions.

Sony is the first of the two console giants to welcome the new era of console gaming and PS Gang will be your guide throughout the years to come, bringing you the best of what the PlayStation brand has to offer. Do you have your own PS4 moments to share with us? Make yourself heard in the comments below.