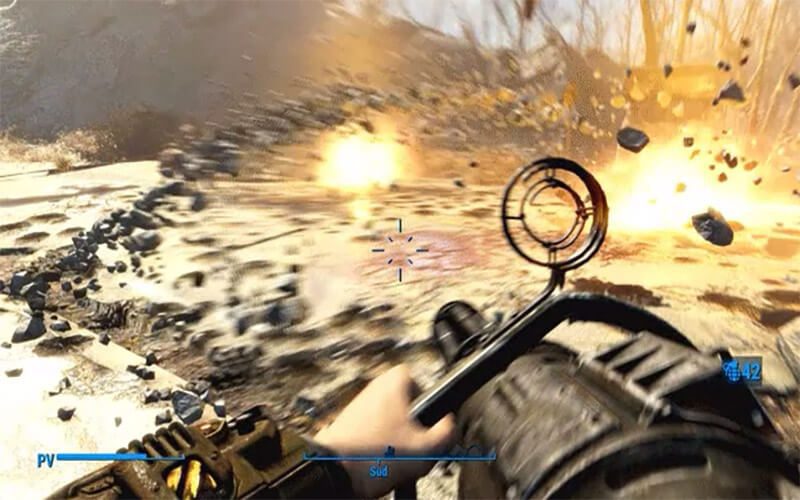 Now this is cool. Fallout 4 has added some debris effects that come from shooting the environment. Check it out below:

Basically, he shoots the ground a bunch to get a ton of debris, then throws a grenade in the middle to send it all into the air. Really shows how far Bethesda’s engine has come.

There is a catch however.. The feature is limited to PC users, but not even all PC users. Only ones that have an NVIDIA graphics card can take advantage of this feature. Now, this is because it utilizes NVIDIA’s PhysX effects system.

Other changes in the 1.3 update include new ambient occlusion (PC), a status menu for settlers in your settlements (all), and many, many other gameplay and quest fixes.

Look forward to Bethesda adding more and more features to Fallout 4 in the coming year. Also check out our coverage of Fallout 4 Conspiracy Theories That Could Actually Become DLC. We go over some pretty cool ideas, like mysterious underwater findings and the possibility of space travel.