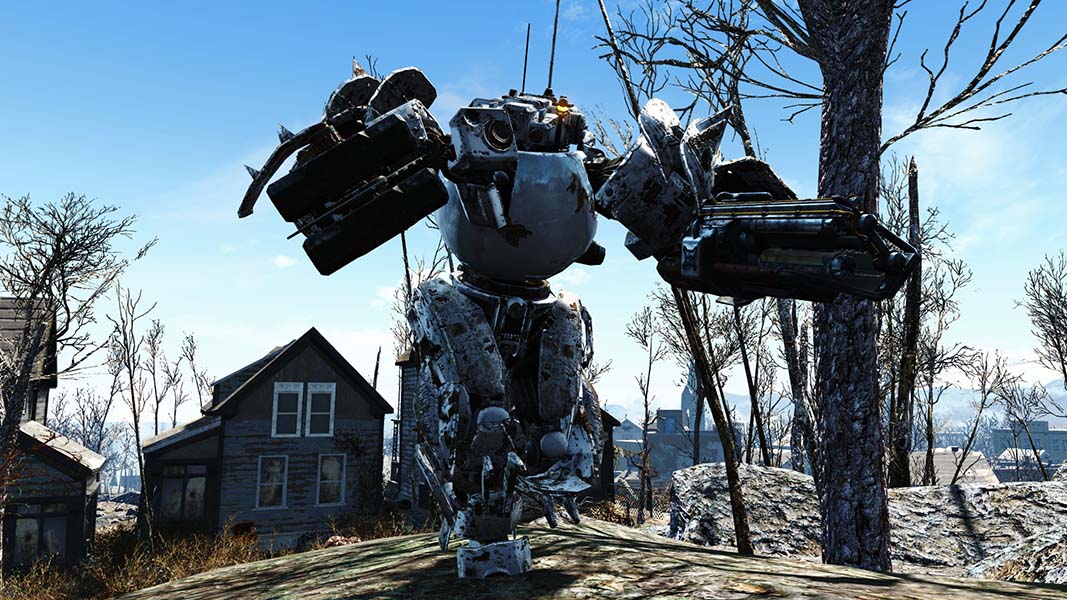 Fallout 4’s first DLC is all about robots. There’s lots of new enemies, lots of new customization, and a few new weapons and armor. In short, if you don’t have it, it’s only $10 or it’s $50 for the season pass, which will include all DLC. We highly recommend it.

The primary focus of the Automatron DLC is the customization and creation of existing or new robots. Make as many as you want to help with your settlement, or even be your companion.

The focus of this article however, is what players have been doing to their pre-war robotic butler, a Mr. Handy named Codsworth. Needless to say, Codsworth isn’t much of a Mr. Handy anymore, but more of a monster.

In a good way of course! He’s still got the same personality, but he’s a total badass now. The customization is very deep, and gives tons of new options to mix and match your robotic allies.

Let’s go over some of the player’s creations:

The Automatron DLC is the first of many Fallout 4 DLC’s to be released by Bethesda. The Wasteland Workshop DLC is set for April while Fall Harbor for March. Read all about the details here.