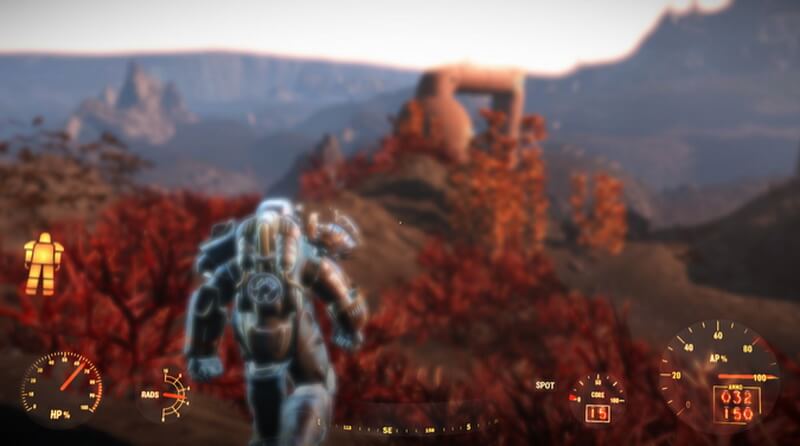 One look at Fallout 4’s landscape from any skyscraper or vista point, and you can easily ascertain exactly how much of a detailed, meticulously crafted and uniquely beautiful world the game features.

From the ruined buildings of Boston, to the fields of northern Massachusetts, to the irradiated Glowing Sea, even the gloomy post-apocalypse has its own charms about it.

One thing you may not be able to see, however, is the detail put into the underwater areas of Fallout 4’s expansive world – something that imgur user FiveStarFacial found out about the inconvenient way when his suit of power armor took a wrong turn off a dock at the Libertalia raider settlement.

After walking for more time than anyone has any business walking for, due to both the underwater physics and the bulky nature of Power Armor, he eventually stumbled into some rather beautiful underwater landscapes.

But, with these landscapes as evidence of the map design expanding beyond the surface and convinced he’d see more than coral reefs and fish, he pushed onward and downward into the oceans around northern Massachusetts to see exactly what, if anything, had been hidden dozens of feet beneath the murky surface.

Almost halfway between Libertalia and Fort Strong, a figure began to emerge from the darkness of the deep depths of the ocean. Finally, he found something that he came down in the first place in search of.

A monument or object that might leave some clues to what might lie beneath. However, the answers were far from clear.

Tall, rounded and visibly man-made, the best guesses of Fallout fans and the discoverer himself are that the structure is some sort of sunken purification plant or filtration system. Though inaccessible, it was nonetheless interesting.

This comes only a month after users found an unused, cut-content harpoon gun within the Fallout 4 game files, which features animations and effects that indicate it was meant to be fired underwater.

This, in conjunction with the presence of underwater structures, has led some fans to believe that an underwater sequence had been planned or is soon to come in the form of DLC.

This discovery opens a world of possibilities for Fallout 4 world exploration, and fans are already quick to take to the waters in hopes of finding additional secrets and easter eggs under the waves.

What do you think is out there waiting to be found? What do you hope to find during your adventures? Let us know in the comments below.