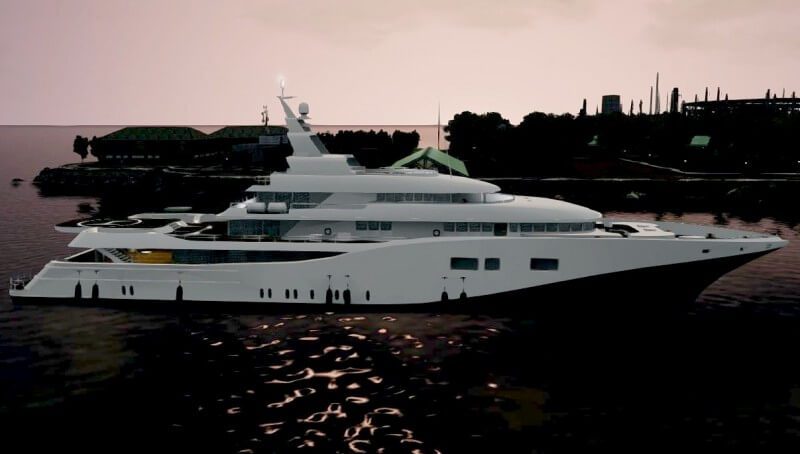 Get your wallets out and get your hands on a few shark cards, Rockstar is offering the most expensive vehicle to date. If you find yourself with too much money and not enough to blow it all on, behold, you can now be that guy in the lobby and purchase a yacht.

Yep, a yacht. Like 90% of GTA Online players weren’t pretentious enough, you can now dominate the seas with these behemoths, granted you have roughly $10 million. The yacht isn’t the only new feature to come with the Executives and Other Criminals DLC, but it’s definitely the most lucrative of the lot.

The yacht comes in three basic models, the Orion ($6 million), Pisces ($7 million) and the Aquarius ($8 million) and similar to the mechanic, you have to pay a daily charge for the staff on board. While the yacht is realistically a vehicle, it can not be maneuvered (which sucks, beaching one of these would be epic) and instead takes form as a property which can be spawned in separate locations by calling your captain.

So you bought a yacht, not flashy enough for you? Fear not as there are plenty of accessories, and yes this is GTA Online, gold trimmings are an option. Looking to change the color scheme? We’re looking at a minimum of $135,000 and even something as minor as lighting will burn a $350,000 hole in your pocket. Without using real money, you might be repeating the same heists for a while.

On the bright side, depending on which model you purchased, your yacht will come with an array of vehicles, from the new Speedophile Shark to the Buckingham SuperVolito Carbon (which costs £3.3 million alone). Still not enough? Did I mention the option for fricking AA guns?

What are your thoughts on this? Is it something GTA Online needed? Or is it just another example of ‘pay to win’, this time from our beloved Rockstar? Maybe even a cash cow, proving that if something is big enough with plenty of customization, ultimately anyone will buy it/spend real money. Let us know in the comments section.