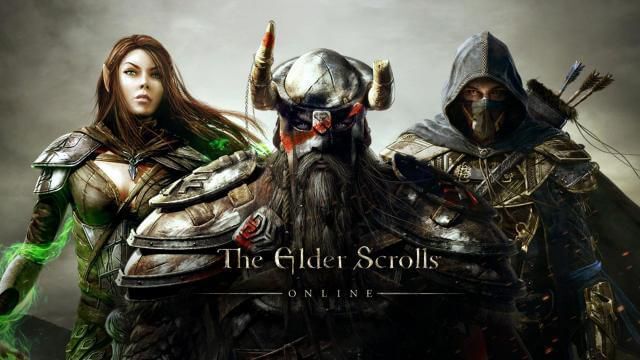 Today, The Entertainment Software Rating Board (ESRB), reported the rating results for the soon to be released MMORPG, The Elder Scrolls Online to be Mature, only for the eyes of those seventeen and older.

The game is set to launch on April 4th for PC and Mac. The PS4 and Xbox One versions should be available sometime in June.

This is a multiplayer online role-playing game in which players assume the role of a warrior in the fantastical world of Nirn. As players explore open-world environments, they can perform various quests and complete tasks. Characters use swords, arrows, axes, and magic attacks (e.g., lightning, fire attacks) to kill human-like and fantastical enemies (e.g., orcs, demons, giant insects). Players engage in melee-style combat, hacking and slashing at various enemies; battles are highlighted by cries of pain, impact sounds, and blood splashes. Some sequences depict large amounts of blood streaming up-close as vampires attack/feed on characters. In some quests players have the ability to mount creatures’ severed heads onto pikes; some environments depict corpse piles or skeletons hanging from torture devices. Text descriptions or dialogue sometimes contain references to sexual material and/or innuendo (e.g., “She…raped the men as cruelly as Bal had ravished her”; “In his mind, she would be the sheath to every knight’s blade”; “No sweetmeat for you”; But it is huge! It could take me all night!”). During the course of the game, alcohol (i.e., wine, mead, ale) can be purchased and consumed by the central character; one sequence prompts players to engage in a drinking contest, resulting in the central character’s blurred vision/slurred speech.

The content descriptors have indicated that the game includes Blood and Gore, Sexual Themes, and Use of Alcohol, Violence.

On Friday, Zenimax Online Studios has planned a beta test to begin for this weekend. Elder Scrolls Online has been receiving mixed reviews both good and bad, which leads us to believe that the game may not be ready to launch just yet.

Keep checking back more information about The Elder Scrolls Online.

What was your favorite part of the Rating Summary? Comment below.