Dying Light is a game developed by Techland, who also made the Dead Island series.  A live gameplay demo of the game was performed during the VGX Awards which boasted a wide range of ambience wrecked by countless zombies.

In addition to the dramatic day-night cycle, the game also includes a unique free-running system which will enhance the experience of breathing in this metropolitan ‘zombie-swamp’, and also helps in survival against the deadly mob.

Dying Light will crawl from death on PS4, PS3 and other platforms in 2014.

Enjoy this video of the gameplay demonstration of Dying Light and share your views below. 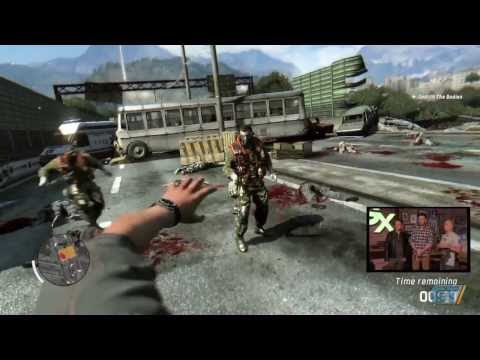