It’s over three months away! Okay, enough of the horrible jokes, Dragon Ball Xenoverse will be available in Europe on February 13, 2014 for the PlayStation 4, PlayStation 3, Xbox One and Xbox 360. Not only do we get release date information but some more details and a trailer about the upcoming video game.

Dragon Ball Xenoverse for Europe will have some pre-order bonuses that won’t be up for sale after release. These bonuses can only be obtained by pre-ordering the game at select video game retailers which will grant players Super Saiyan 4 Vegeta as a playable character within the game along with two Frieza soldier battle suites for players to use on their character.

Furthermore, there will also be an exclusive edition of the video game  known as the Trunks Travel Edition. Within this special edition of the game, you not only get Dragon Ball Xenoverse but a 25cm Trunks Master Stars Piece Figure.

Take a look at the latest trailer released for Dragon Ball Xenoverse right down below and be sure to check PlayStation Gang for the very latest information regarding the video game. 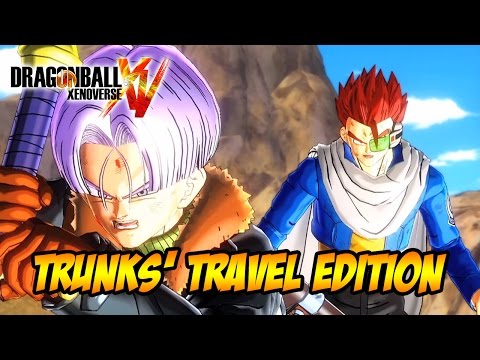