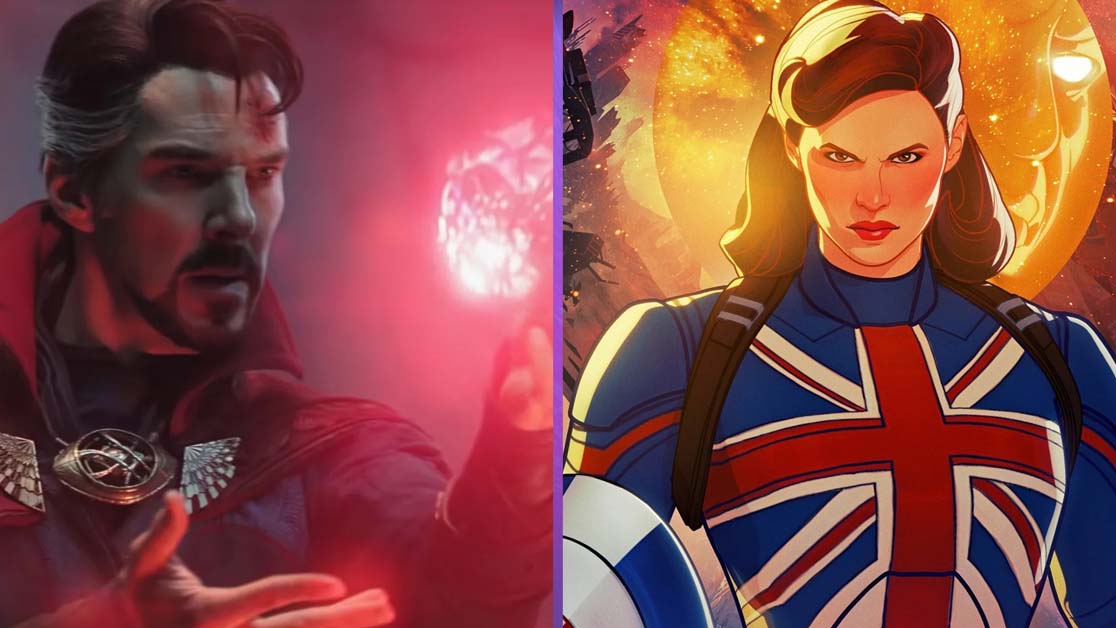 A new promo for Doctor Strange in the Multiverse of Madness has shown a first look at some unexpected characters, including one from What If? making their live action debut.

The promo shows a very brief look at Captain Carter, first seen in the MCU in What If?

The character is seemingly fighting Scarlet Witch. We see a new version of the iconic Captain America shield, and some kind of jet pack on her back.

Doctor Strange 2- Even More What If? Crossovers And Cameos

It looks like Doctor Strange 2 will have crossover after crossover too. A few more have been teased in the promo. Captain Marvel makes a brief appearance, and the promo ends with a shot of Professor X’s yellow chair.

We don’t know how long any of these characters will show up for, or what their role in the plot will be. It’ll definitely be interesting to find out.

But am I the only one who thinks these things should be saved for the film itself? It seems like there should be a lot of cool surprises in store, but at this rate we could end up knowing about most of them from trailers/teasers.

Still, it’s shaping up to be one of the most exciting Marvel films since Endgame. Doctor Strange in the Multiverse of Madness releases on May 4th.