From the developers of Dynamighty comes a a spy themed side-scroller video game placed within an alternate cold wars. Today, gamers can get a glimpse of more gameplay with the latest launch trailer available down below.

David Nottingham, lead designer of Dynamighty, stated the following through the PlayStation Blog.

Yesterday, the good folks at Sony, along with our co-conspirators at C.O.U.N.T.E.R declassified the Release Date information for CounterSpy. The day that you will be able to get your hands on CounterSpy (and hopefully prevent this crazed superpower plot to destroy our moon), is August 19th in North America.

For those who are not familiar, CounterSpy is an Action Stealth side-scroller from Dynamighty (that’s us) set during the Cold War. You play as an agent for C.O.U.N.T.E.R, whose singular goal is to prevent the superpowers from accomplishing their crazy race to destroy the moon with nuclear missiles.

We are really excited to finally be close to getting the game into your hands. Starting a new studio has been a big journey for John and me, starting from when we left LucasArts back in 2010.

We’ve been joined along the way by some awesome talented folks. We have two Marks, a lot of Chrisses, only one Ryan though (you don’t want more than one Ryan at a small indie studio — trust us). Grace & Devin, Ed & Jamie all helped bring life into this game… plus many others! We may have to start assigning agent names to people in future. 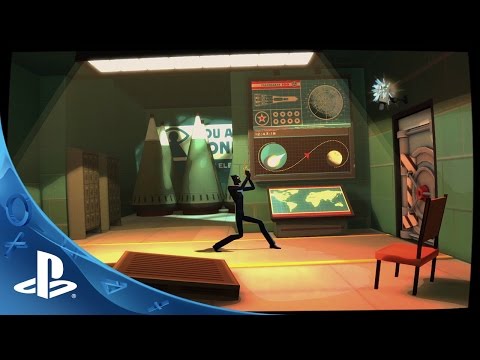