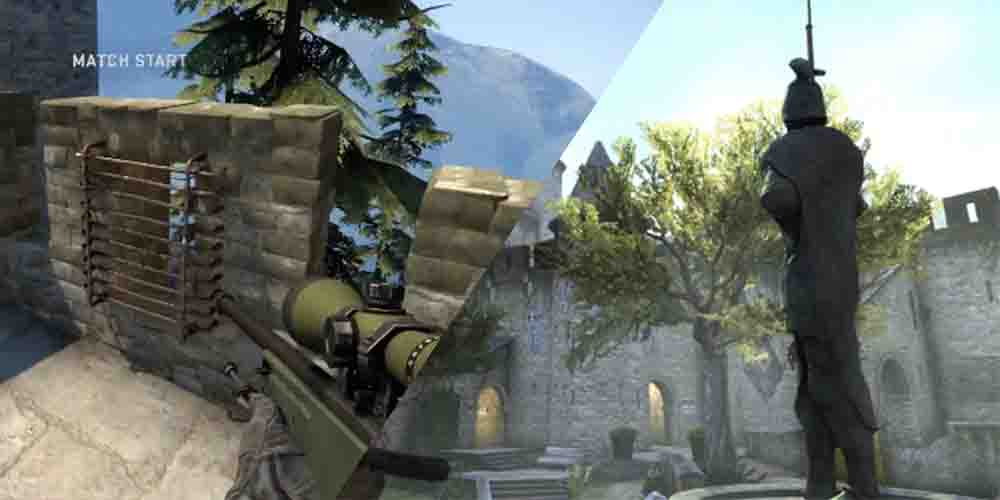 A Counter-Strike player has noticed a flaw within the game that hasn’t ever been picked up on before. It’s been just over five years since the Cobblestone map was released, and for a quick recap, here’s the aim: “Counter-Terrorists: Prevent terrorists from bombing Lord William’s country farmhouse. He has been the target of assassination in light of recent government proposals.

“Terrorists: The Terrorist carrying the C4 must place the bomb at one of the two bomb sites around the map, thereby killing Lord William and severely damaging his home.”

However, Reddit user Cheese0t posted into Reddit (specifically r/GlobalOffensive): “I’m not a geologist, but I don’t think rocks should do that, valve.”

I’m not a geologist, but I don’t think rocks should do that, valve. from r/GlobalOffensive

To be fair, the amount of hours everyone has spent on that map, you’d think someone would have picked up on it before now. This is why games testers are so important.

Speaking of which, if you’d like to be one of the people who does find little glitches like this, Rockstar is currently looking for games testers.

There’s even day/night shifts, so if you struggle getting up in the morning and prefer gaming when everyone else is asleep, then this is literally the perfect job for you.

• Testing various games and applications across all platforms, quickly learning and mastering each one.

• Retaining the knowledge needed to set up all platforms quickly and effectively.

• Carrying out accurate examination and revision of reported issues.

• Completing tasks within deadlines and working extra hours when necessary to finish on time.

• Meeting overtime expectations to ensure a project or task is brought satisfactorily to completion.

• Participating in a close-knit, friendly atmosphere, sharing ideas, helping others when needed.

• Learning about and adhering to our internal systems, software and processes.

In terms of qualifications, it’s pretty much open to everyone. They require someone with:

• The ability to communicate effectively with people at all levels.

• A keen interest in video games.

• An interest in and understanding of the video game industry.

The only other things to note are that the candidates must be 18 years old and above, and the position will be a full-time fixed term contract in Lincoln.

What are you waiting for?! Get applying here.