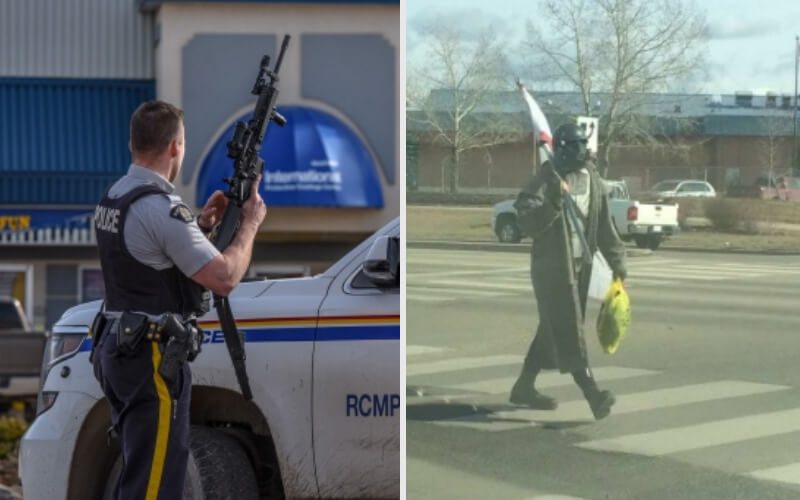 In a small Canadian town named Grande Prairie, the local police started getting calls about a man walking around with a bomb attached to his back.

The man was on his way to a tailor in order to have some alterations done to his costume, which consisted of a gas mask, a helmet, a bullet belt, armor, and a flag that said “New California Republic.”

8 or more officers showed up and surrounded the small tailor in a strip mall while the cosplayer was inside. They phoned the owner and asked if there were any wires attached to the guy, and told the owner to sneak out the back door.

All it took was to talk to the guy to realize it was just a costume. Those bombs on his back? They were just painted Pringles cans.

Cpl. Shawn Graham of the Royal Canaidan Mounted Police (the Canadian police force that rides around on horseback) said:

“There’s a time and a place for it [cosplay], wandering around downtown… maybe not the place to do it.”

The costumed-man was taken into police custody and photos of the scene show the police carrying his costume away.