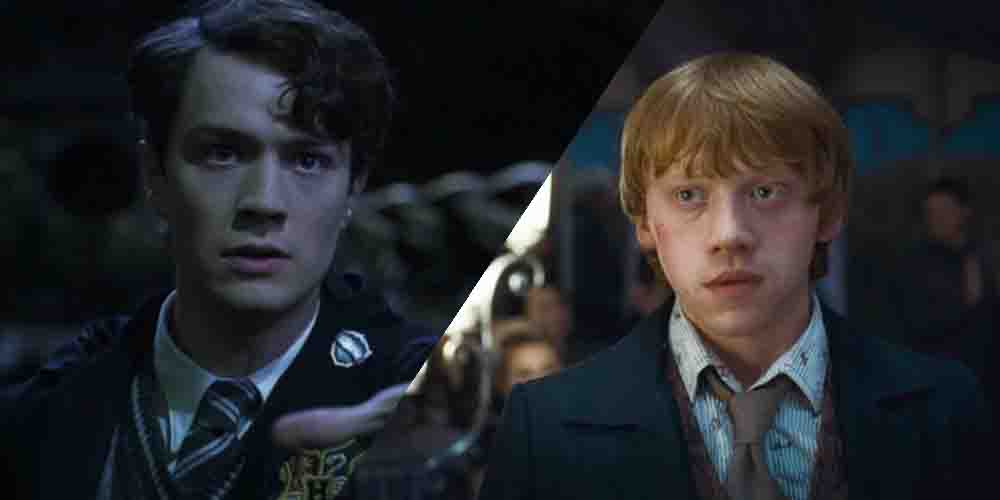 Potterheads, prepare to lose your sh*t, because Warner Bros. Studio Tour London has just dropped a pretty exciting little riddle onto their Facebook page for you to solve.

The cryptic sponsored post reads: “You didn’t think we’d give away our secrets without a challenge, did you? Solve this riddle to reveal a piece of a hidden message. Your wisdom will be rewarded #UnlockTheMagic.”

The riddle itself then reads: “From Devil’s Snare to Wizard’s Chess, we make film secrets known. Just search among the film props to find the Philosopher’s Stone. No need to fly a broomstick to outwit Flitwick’s flock; just name what Harry captured and your first clue will unlock.”

Think you can solve the riddle? Now obviously this exciting news will fall on deaf ears if you’re from overseas, but if you’re planning a trip to the UK anytime soon then just know that whatever they’ve been constructing for the last few months (and rumours say they’ve been building for a whiiiiile now, so it’s bound to be something very exciting) it’s going to be out of this world.

While we sit and eagerly await the exciting announcement, how about I tell you across the pond’ers something you can actually get excited about?

The Wizarding World of Harry Potter is offering the job of a lifetime as the popular theme park is appealing for new witches and wizards to join its ranks.

Opening as part of Universal Studios Hollywood in 2016, The Wizarding World of Harry Potter has cast a spell over theme park lovers by bringing J.K. Rowling’s magical book series to life.

If you love being pestered by kids, forget sticking your head inside a sweaty Goofy costume at Disneyland, why not throw on a pair of robes instead?

According to Backstage.com, The Wizarding World of Harry Potter has released an open casting call for new performers. The park is asking for “energetic dancers along with other talented performers as well”.

The main role is to “entertain park guests of all ages at Universal Studios Hollywood in Universal City”. It’s unclear what the “other talented performers” refers to, but it could be anything from Basilisks to Boggarts, House-Elves to Hippogriffs.

Be warned, hopeful Muggles looking for their ticket into the wizarding world will need to be able to hold a British accent for a long period of time. We don’t want any Don Cheadle in the Ocean‘s movies. Applicants must also be over the age of 18 and ready to start training in February or March this year.

After the success of the Orlando Harry Potter theme park, Warner Bros. rolled out the idea to Japan and California. Although I still have a soft spot for the Warner Bros. studio tour in London, it pales in comparison to a whole Potter-potty theme park in honour of everyone’s favourite spectacled wizard.

The chance to live the fantasy of Rowling’s mind all day every day might be a bit much for some, but for others, it sounds like a slice of heaven. As well as all the butterbeer you can drink, magical banquets, and high-thrill rides of the park, I imagine there’ll be a few Galleons involved too.

Can you deliver Dumbledore, marvel as McGonagall, or spellbind us as Sirius? Well, you’d better pack your trunks.