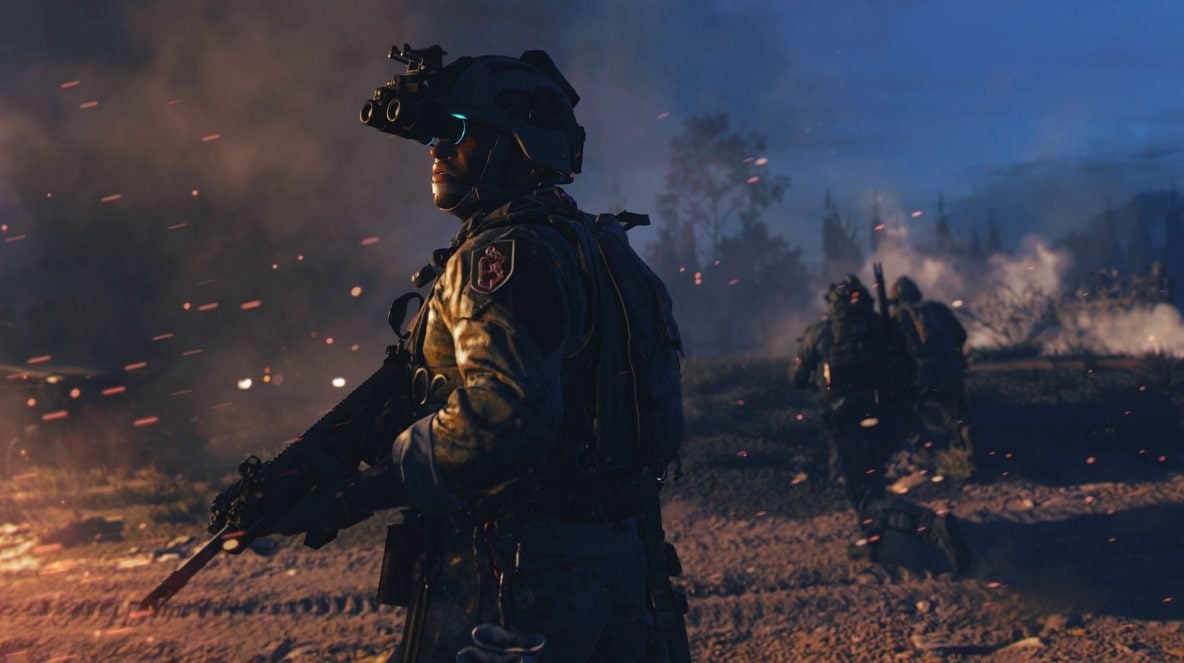 A major leak for Call of Duty emerged this weekend, suggesting the 2024 game could be set during the Gulf War.

The leak, which was found out from an alpha build of Warzone Mobile, hints at several things for the future of Call of Duty. Surprisingly, it includes potential details for Call of Duty 2024, the next release from Black Ops studio Treyarch.

The account that posted the leaks has been suspended. But the leaks themselves live on, and we now know a ridiculous amount of details. All the leaked details can be viewed on Reddit, but be warned as there are plenty of spoilers for content in the games.

There are files related to weapons or vehicles used by the US during the Gulf War. One such file mentions the Lockheed F-117 Nighthawk. There’s also a mention of Mogadishu, where a famous battle took place in 1993.

The last Black Ops game was set during the Cold War, so if the 2024 release is going to took place afterwards it certainly adds up that it could be based on the Gulf War.

It’s worth noting that there is no Call of Duty game planned for 2023. After Modern Warfare 2 this year, the franchise will take a one year break for the first time in around two decades. This could be a decision made due to the relatively underwhelming release of Vanguard.

Other details in the leak include names of maps, though whether they will all be real maps is unknown. The list includes names like “esports gym”, “fishtown”, “grandprix” and “dogtown”. However, there’s a good chance some of these are just codenames or work-in-progress maps that may not end up being completed.

Still, there’s a lot of information to take in here, and if you really wanna know more you should check out the leak yourself.