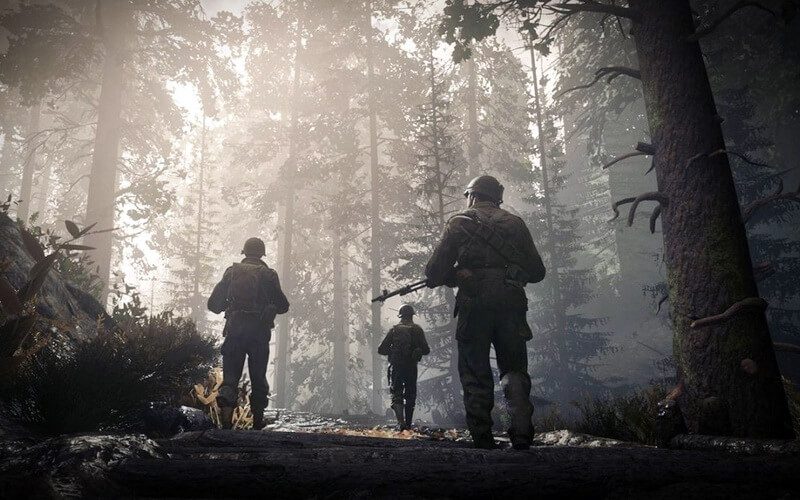 Call of Duty: WWII has quickly gone onto become the most liked Call of Duty reveal trailer on Youtube, showing just how well received the game has been. However, it has been revealed that Sledgehammer Games was close to doing another game altogether.

The company’s co-founders Michael Condrey and Glen Schofield, during an interview with Gamesbeat, revealed that the studio was divided about doing the World War II and Advanced Warfare 2.

Things got so heated up that it decided to chose which game to develop via a vote:

At Sledgehammer Games, we believe that developers have to have passion for what they’re doing. You want them to be invested in the vision and the game itself to get the best out of them. Every Call of Duty game we’ve done for Activision, we’ve taken it to a team vote. You usually don’t get a majority the first time, so you talk through the issues and the opportunities, and you address questions.

As many of you might know, when we first we started on Call of Duty eight years ago, we weren’t on Modern Warfare 3, we were on a different game. We had to take a vote then, and [we did with Call of Duty: WWII as well]. Having just shipped Advanced Warfare, we were really proud of that game. Did we want to do a sequel to that, or did we want to return to the roots of the franchise? And we wanted that to be a studio decision.”

Sledgehammer Games thankfully made the right choice as although Advanced Warfare was a good game, but considering how poorly received Infinite Warfare (last year’s CoD release) was, doing another futuristic game might have been a really ill-timed decision.