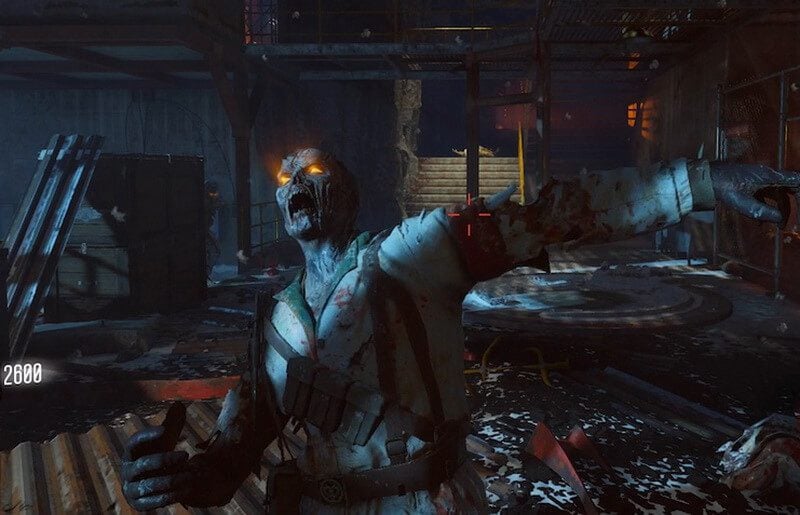 The Call of Duty Zombies saga continues with its newest installment Zetsubou No Shima. This new zombies map will follow Dempsey, Richtofen, Nikolai, and the “Hero” of this map Takeo while they explore a secret bio-research lab where scientists have used Element 115 to create horrors beyond your wildest dreams.

While you dive deeper into the captivating origins story of these characters and terrifying world around them, you will discover new traps, enemies, and classic zombie side quests.

The official website has added some more information about the upcoming DLC along with the new multiplayer maps as well. In this newest chapter of the franchise you and your team will find yourselves stranded on a remote island somewhere off the pacific coast.

Your goal is to stop the zombies apocalypse no matter the cost. On this island you will be forced to face the elements known only as “Element 115” as it takes over and mutates humans, plants, animals and more. You will have to survive in a lush, flourishing tropical forest using the sewer systems, zip-lines and more to keep yourself alive during this nightmare that is Call of Duty Zombies.

From what we know so far about this installment of zombies is that each DLC is seeming to focus on one character from the origins story. The first one being Der Eisendrache focusing on “Tank” Dempsey and his back story.

Now from what we can tell about Zetsubou No Shima is that it will be focusing on Takeo. If you take a look at the Cut Scene for the new map you will see Takeo being beaten by WWII Japanese soldiers while out at sea. When a fight breaks out and you hear Takeo say “I am no traitor” possibly leading to his back story and how he ended up with the rest of his group.

Richtofen then throws a oil lamp spreading wildfire across the boat that they are all on forcing them to jump off into the open waters using only a emergency raft to cling for safety, leaving a lone island in the foreground…Zetsubou No Shima.

The Call of Duty Black Ops 3 Eclipse DLC pack is the game’s 2nd expansion, and will be released on PlayStation 4 on April 19th. The Xbox One and PC release of the pack has yet to be dated, but will probably release somewhere in May.