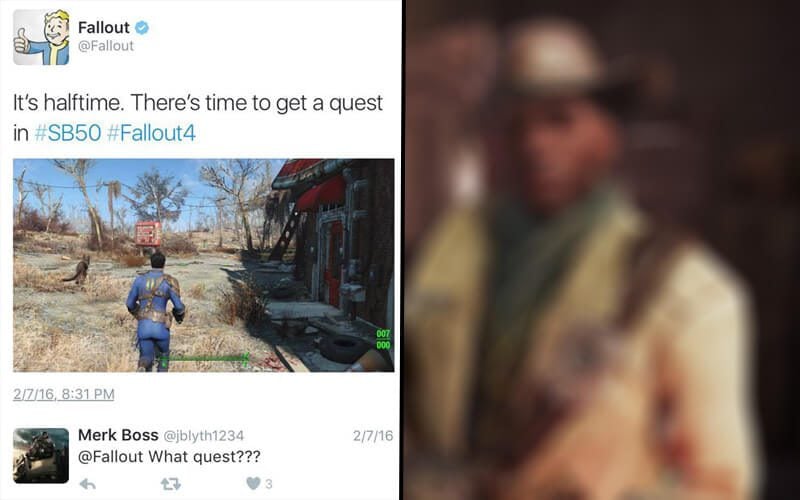 Oh Bethesda, never change. Fallout 4 has it’s fair share of memorable characters and quotes, but nothing surpasses Preston Garvey and his incessant desire to save settlements.. Well, have you save them at least.

Bethesda, wise to this being Fallout 4’s biggest meme, did a little trolling on Twitter. They tweeted about halftime in The Superbowl being a great time to get a quest in for Fallout 4, to which user jblyth1234 questioned “What quest??”.

Bethesda saw the opportunity and took it, telling the user to “ask Preston”.

While we have you here, might as well take a look at some of the memes that have made Preston Garvey Fallout 4’s biggest meme. Also, check out their big announcement regarding three new games.