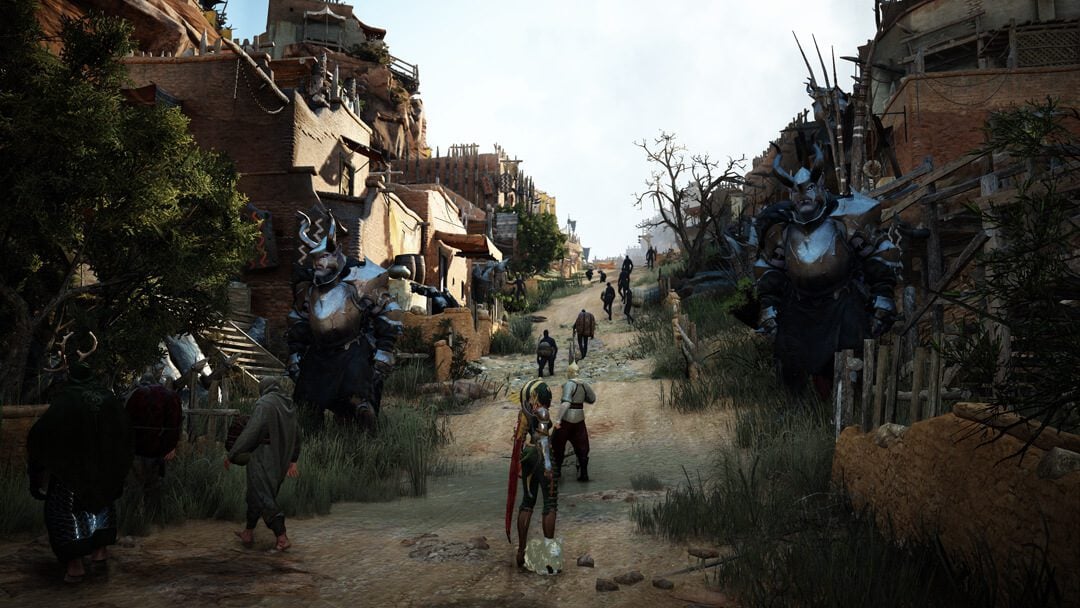 The universe of a massively multiplayer online role-playing game is often a thing of wonder, with fantastic creatures, heroic quests and brave champions, the player delving into a complex and challenging world where he or she can build a persona that has unique traits and talents. MMORPGs are some of the most beloved gaming genres because they offer such a wide array of activities and because people manage to form powerful in-game communities that usually transfer into the real life too. Due to the social component they possess, MMOs are truly a means of connecting with other fellow gamers so, in what follows we’ll make a list of the best MMORPGs of the last 5 years. 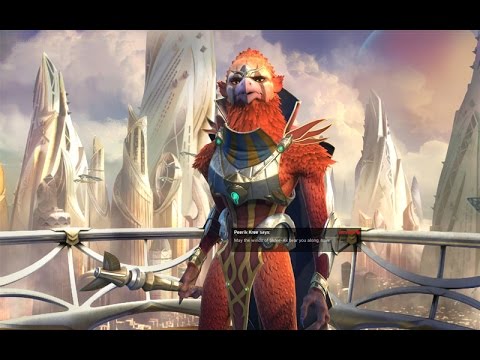 Blade & Soul is a fantasy open-world MMORPG that is based on a mix of martial arts based combat. The player can choose from one of the four classes, inspired by the mythological Chinese Benevolent animals: the Gon, the Jin, the Kun and the Lyn. In 2014 an animated manga series adaptation of the game began airing, making Blade & Soul even more popular. While it excels in the Player versus Player area, it is not so easy to get over the MMO tropes that have the tendency to become dull and make you lose interest in the game, like questing for example.

Black Desert Online is a Korean sandbox-oriented MMORPG that was released in 2016. It uses a proprietary engine in order to be able to render its seamless world and large-scale castle sieges at a fast pace. It revolves around the conflict between two rival nations, the Republic of Calpheon and the Kingdom of Valencia and it takes place in a high fantasy setting. After its release, Black Desert received mainly positive reviews, its only drawback being that it uses a buy-to-play model in North America and Europe, while in Korea, Japan and Russia it’s free to play. And many people criticize the recent updates that made it pay to win.

The Secret World is set in a modern day real world that is under attack from occult forces. The player has the option to join one of the three secret societies that try to repel the attack of different Lovecraftian entities. The action takes place in diverse locations on the globe such as coastal Maine, rural Egypt, Transylvania and a quarantined section of Tokyo. Unlike many other MMORPGs, the combat is movement based and there is no need to stop to use the character’s abilities and attacks. Being met with mixed reviews, The Secret World is a subscription-optional buy-to-play type of game.

The Elder Scrolls Online (2014)
The Elder Scrolls Online is the first open ended multiplayer installment of The Elder Scrolls fantasy franchise and features a story incidentally related with the other games from the series. It has been in development for seven years after finally being released in 2014 but the initial reviews it was met with were mixed. The situation improved significantly with the re-release and rebranding that transformed it into The Elder Scrolls Online: Tamriel Unlimited, a praised and appreciated title. The gameplay is nonlinear, with numerous quests, random events and free roaming available for the players.

Neverwinter (2013)
Neverwinter is a free-to-play MMORPG released back in 2013. It is based on the fictional Forgotten Realms city of Neverwinter from the Dungeons and Dragons universe and the player can take the role of one of the eight character classes found in the boardgame. It received medium scores from the critics but is has always been appreciated for its unique gameplay style and the fact that offers traits that cannot be found in other games. Some examples being: the use of healing powers and action points that are typical for boardgames such as D&D.

ArcheAge (2014)
ArcheAge is an MMORPG made by the Korean developer Jake Song. It is described as a “sandpark” which the developers say it’s a combination between the open world “sandbox” style and the structured gameplay experience known as a “themepark”. When it was released, ArchAge managed to gain generally favorable reviews from the critics, being appreciated for its varied amount of content available and its strong fantasy sandbox characteristics. It is considered to be one of the games that truly managed to acclimatize the Korean style to the European and American market, however, similar to Black Desert, some people found it a little too pay to win for their tastes.

Final Fantasy XIV (14): A Realm Reborn (2013)
After the overwhelmingly negative reviews Final Fantasy XIV received in 2010, the president of Square Enix decided to change the developing team and try a new approach. Thus, three years later A Realm Reborn emerged as a new and improved game with a new engine, revamped servers and an innovative story. This time, it was met with a largely positive reaction from the critics, being appreciated for its mechanics and progression. The fact that they managed to revive a disastrous project and transform it into an overnight hit is yet another strong point Final Fantasy XIV: A Realm Reborn has to offer.

WildStar (2014)
WildStar is a Fantasy/Science Fiction MMORPG that was released subscription-based in 2014, one year later becoming free to play. It uses a system of telegraphs for combat, meaning that colored regions are shown on the ground where the opponent’s attacks or the ally’s heals will take effect. The player is able to dodge or enter these areas by either dashing out or walking into them. WildStar was praised for its distinctive style and personality, the active battle system and the various adjacent features such as the housing and the in-game challenges.

Guild Wars 2 (2012)
Guild Wars 2 is an MMORPG developed by ArenaNet and released in 2012. Its main premise is to offer a unique gameplay where the storyline is directly tailored to the player’s actions, an aspect that is usually found in single player role playing games rather than in multiplayer ones. The traditional quest-based system is replaced by a dynamic event one, using the ripple effect to permit players to approach quests in diverse ways. Also, the combat system is more dynamic than the one in Guild Wars 1 by using the synergy between the player’s professions and also using the environment as a weapon. Guild Wars 2 was released to universal acclaim, being dubbed “one of the most exhaustively detailed and rewarding MMOs in existence”.

World of Warcraft: Legion
Even though it is not an individual title, but an expansion to an already exiting game, World of Warcraft: Legion managed to rekindle the passion of many gamers and reestablish the franchise as a big player in the MMORPG market. This expansion raised the existing level cap from 100 to 110, it included artifact weapons for each class’s specialization, introduced a new area on Azeroth, named the Broken Isles and incorporated the demon hunter class that starts at level 98. During the first week of Legion’s release, the number of players reached a peak since the 2010 Cataclysm expansion publication. The critics appreciated it and concluded that it brings a breath of fresh air to the World of Warcraft universe.