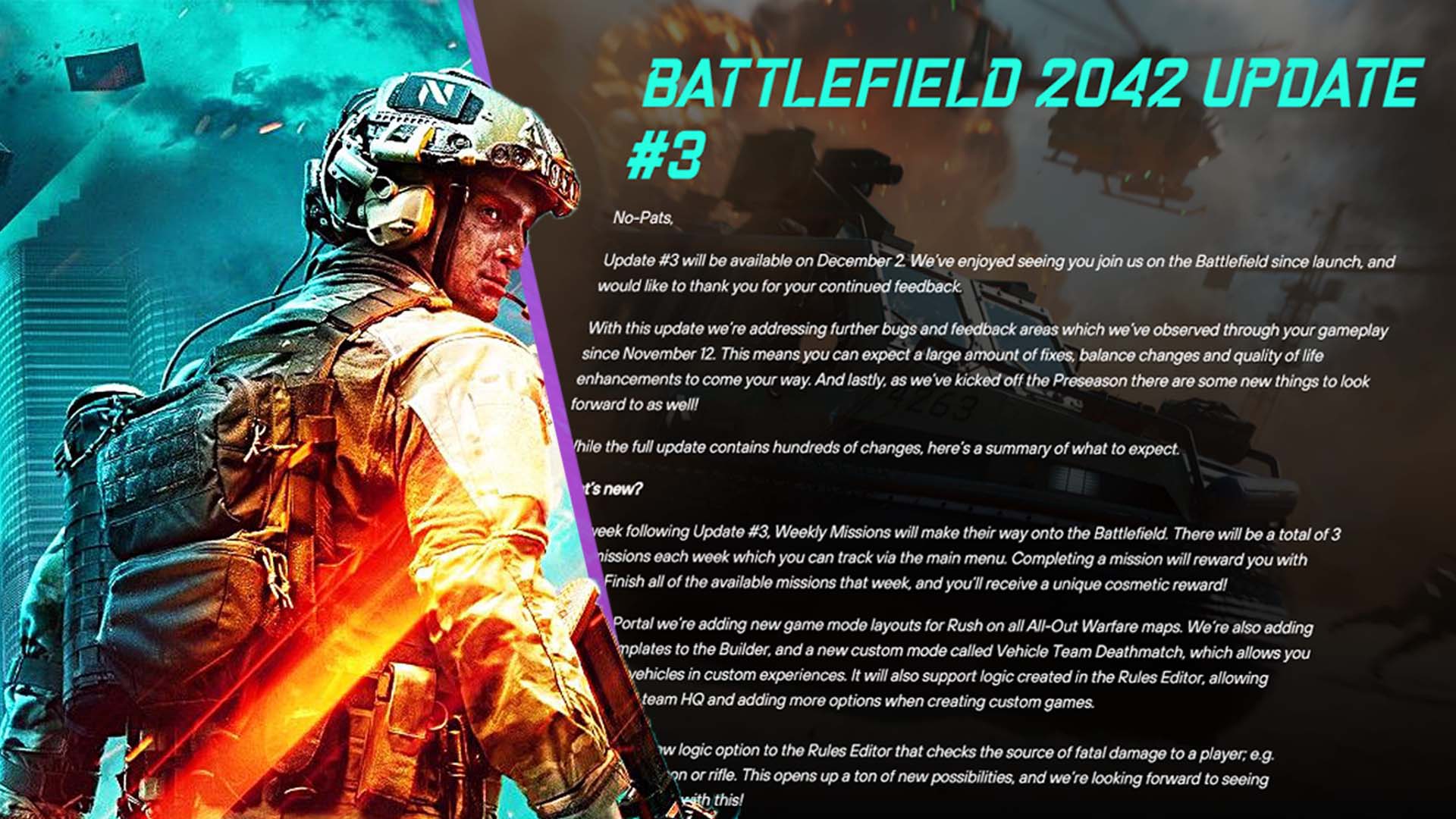 The third major update has arrived for Battlefield 2042 and is bringing with it weekly missions – here are the full patch notes.

The team at EA DICE is hard at work patching up Battlefield 2042 after it was released in a rough state in November. While many fans are still enjoying their time with it, the game could certainly do with a little more polish. Two large updates have already addressed some of the game’s glaring issues, but DICE isn’t stopping there. This latest update brings with it a much needed launch feature alongside plenty of welcome quality of life additions.

The biggest feature addition that fans will notice here are the new weekly missions. Three of these missions will now appear on a rolling basis and can be tracked via the game’s main menu screen. Examples of these missions include:

Completing each of the missions individually will reward players with a small amount of bonus experience. If players manage to complete all available missions within the week, they’ll be awarded with a piece of cosmetic equipment.

There are also additions to Battlefield Portal in this update. It’s now possible to use the Rush gamemode on All-Out Warfare maps – those are the huge ones used in the base game of Battlefield 2042. There are also now a couple of new gamemode blueprints as well as new options in the Logic editor. The team at DICE hopes this will open up new creative possibilities for the Battlefield community.

Finally, this update focuses heavily on improving the UI experience of Battlefield 2042. The weapon customisation screen has seen a bit of an overhaul with attachment customisation now far easier to understand. While in gameplay, UI elements now scale with distance. This should reduce the amount of visual clutter on screen and make for a much more appealing gameplay experience.

Those are some of the main highlights from today’s big update for Battlefield 2042. Here are the patch notes in full if you’d like to dig a little deeper.

How are you enjoying the Battlefield 2042 Update 3? Let us know across our social channels.