Watch as game director Ashraf Ismail takes you into the Pirate world, Assassin’s Creed IV : Black Flag. Expect everything from hunting treasures, intense naval battles, and conquering enemies from across the seas.

Assassin’s Creed IV: Black Flag will be available on October 29 2013 for PS3, Xbox 360, and Wii U. The next-gen version of the game has not been announced yet.

Tell us what you think of the video in the comments below. 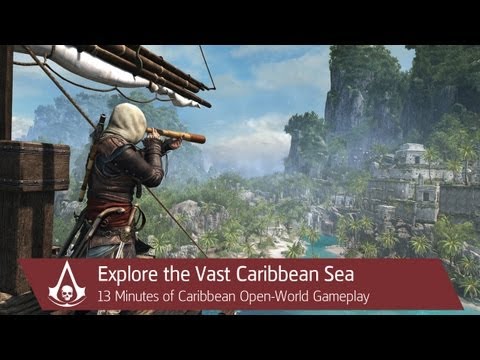