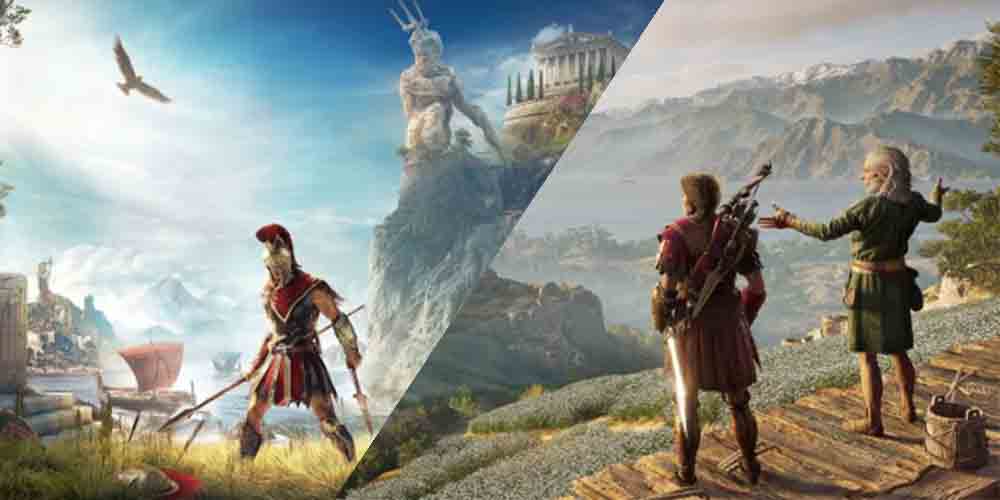 2018’s Assassin’s Creed Odyssey was praised for ‘normalising homosexual relationships’ by allowing players to determine their character’s own sexuality.

In the game you can choose to play as either Alexios or Kassandra and each character can have relationships with basically whoever they want to – a nice touch for an AAA game that the community and fans responded very positively to.

Unfortunately, Ubisoft’s recently-released DLC for AC: Odyssey has left players with a bitter taste in their mouths, as it appears that the company’s gotten rid of the option to play as a homosexual character.

If you’re planning to play it, look away now because there’s minor spoilers ahead. You have been warned.

Over on Reddit, Ubisoft’s controversial DLC has gotten people incredibly p*ssed off, and one original post has been removed due to the controversy.

The comments are still (mostly) there though, and the disappointment from fans is clear to see.

One Redditor/AC fan wrote: “I’m gay and I always like to envision myself as the characters I play, if the game gives you the freedom to shape them.

“So as Alexios I sh*gged the hell out of Alkibiades, but reading this I’m not sure I can bring myself to play the DLC. My Alexios doesn’t want a child :/ Or to have sex with a woman.”

The reactions to the DLC were so strong that the game’s creative director, Jonathan Dumont, has issued a statement saying: “Reading through player responses of our new DLC for Legacy of the First Blade, Shadow Heritage, we want to extend an apology to players disappointed by a relationship your character partakes in,

“The intention of this story was to explain how your character’s bloodline has a lasting impact on the Assassins, but looking through your responses it is clear that we missed the mark.”

He confirmed that players won’t have to carry on the relationship in future DLC.

It looks like it won’t be that simple to fix this oopsie though. One player responded to the statement saying: “So there’s no plans to change this, at all ? You straight up just lied to us by saying: ‘we never force players in romantic situations they might not be comfortable with.’

“Damn, you guys just lost a customer, I thoroughly regret buying that season pass and won’t be making the same mistake again.

“Edit: I’ll add this: It doesn’t matter that it’s ‘Ubi’s vision for the story’, they gave us choices for the entirety of the game and now they just take it away. If you want to give us your vision of the story then don’t give us any choices at all.”

We Now Know The Release Date Of Rainbow Six Extraction