Ubisoft released a 9-minute trailer to go over all the aspects of their upcoming game Assassin’s Creed 4: Black Flag. So, if you haven’t been paying attention, now’s the time to get caught up. The game comes out next week.

The video goes over everything from the story to naval mechanics, hunting and underwater excursions. There’s a sidebar in the trailer so you can skip the section you want if you don’t feel like sticking around for the whole thing.

Assassin’s Creed 4: Black Flag is coming to the PS3 on October 29th and later the PS4 at it’s launch of November 15th in North America and November 29th in Europe. 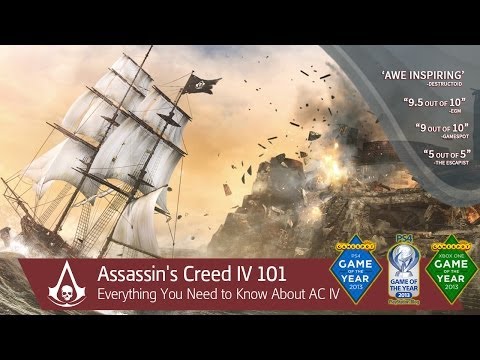