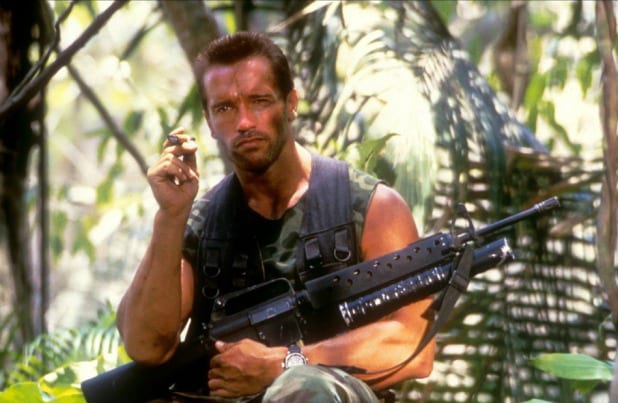 Arnold Schwarzenegger is one of the action icons of the 1980s and he’s reprising one of his most iconic roles in a video game adaptation of Predator.

The Austrian-American actor is well known for his acting in movies like The Running Man, Total Recall and the Terminator franchise. He appeared in all 6 Terminator films, despite being in his 70s when Terminator: Dark Fates released.

One of Arnold Schwarzenegger’s most iconic roles was the protagonist Dutch in the 1987 movie Predator. This role launched a franchise that he’s not since returned to. He wouldn’t actually voice the character he played – fans think that he might even be voicing Predator.

According to the co-writer of the 2018 reboot “The Predator”, a brief cameo role was written. Sadly, it never came to pass. That means it’s now been 30 years since Dutch was on our screens.

What Did Arnold Schwarzenegger Say About Predator?

It seems, however, that Arnold Schwarzenegger might well be about to make his triumphant return in video game form. According to fan website TheArnoldFans, Schwarzenegger has admitted to putting his voice to an upcoming Predator video game:

“The other day Predator came on, and I said to my girlfriend, “Let’s watch the beginning.” And we ended up watching the whole thing because it still held up today. Other movies don’t hold up, but movies like Predator and the first Terminator really hold up, and it was really fun to watch. Interesting enough, a week later I was asked to do some voice-over for a video game that is coming out about Predator. So it was great that I watched it to get back in that mood again to do the voice-over.”

Arnie didn’t mention what video game he’s lent his voice to. But it seems most likely to be the upcoming multiplayer shooter Predator: Hunting Grounds. This game is allegedly meant to see players face off as either Humans or Predators.

But it could also be possible that Schwarzenegger has accidentally revealed a currently unannounced game in the Predator franchise.

Whichever it is, it looks like Predator is ready to make a star-studded return to video games very soon.