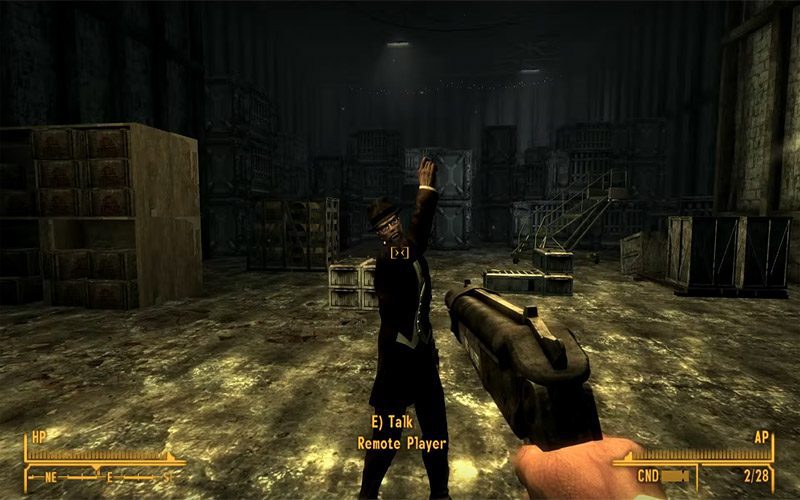 A very dedicated Fallout fan is creating a mod that will allow you to traverse the Mojave Wasteland with friends.

Found on Reddit, the mod maker, Mr. Mouse, details that the mod is almost ready for public testing, which is very exciting. Sign up for it here.

Fallout is not designed to be multiplayer, so some features had to be altered or otherwise cut entirely. VATS has been removed and going into your Pipboy will freeze your character and make you invincible to damage until you return to the game. There will not be DLC support for the mod as of yet, but it’s stated that it can be added in time.

Now, imagine this mod as sort of a test to see if this kind of thing is even possible. If it goes well, then I’d expect to see a mod just like it on Fallout 4. Speculation is endless really.

People have wanted Bethesda to include multiplayer in Fallout for a long time. They seem to shy away from it entirely in their games however, but it’s pretty amazing to think that mod makers can actually make something like this possible. Makes you wonder how it’ll actually work though.

Either way, definitely show some support for the creator. It can’t be easy to do all this work and ultimatly, he’s doing it for all of you. Below is some footage of the mod in action.