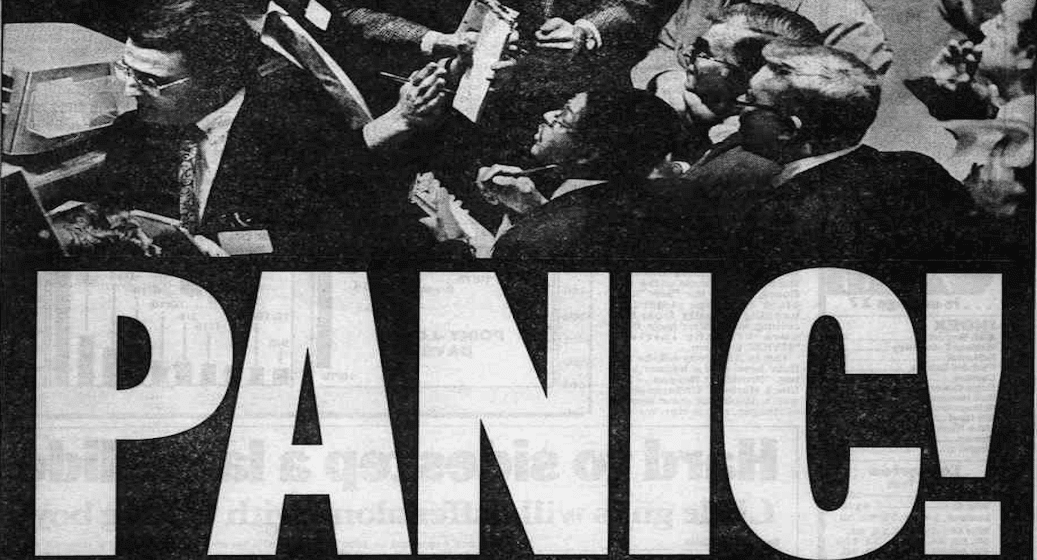 The PS4 has been out for over 2 years now and has been selling like the hottest buns on the market, and the Xbox one is doing well too. Times have never been this good for both competitors. It may seem insane to even suggest that might crash completely. Then again it has happened before in 1983. The industry was worth $3.2 billion and just plop, like that, went down to only $100 million.

Gaming has never been bigger. People like Pewdiepie can become millionaires because of it, you can win a dota 2 tournament and make millions, sell digital cards like EA and make billions or write articles on Fraghero.com and make a fair bit as well. But keep in mind, it all comes down to the developers. If the games aren’t good nothing else will be.

But even the hardest of eggs can crack and you can even say it’s already starting to show.

8. History is repeating itself

Competition is crazy. Mobile gaming is on an uprising and it seems one day it might wipe console gaming away. With services like Steam, who basically is the personification of pc gaming out there as well, console gaming is getting attacked from more sides than ever. It was competition like this that aided the downfall in the 80s. But then again, they only had to fight against home computers.

But it’s abundantly evident that gaming will become almost completely digital around the end of this decade and the start of the next. I mean, Microsoft tried to pull a disc-less Xbox One years ago but I can gurantee you that idea will be looked highly upon the future. It’s just too early now.

What am I really getting at here? Adaptation. A thing in the 80s was confusion. As gaming was changing developers couldn’t adapt well and that in turn put the gamer off and in turn put more developers off until it all went down. Remember, THQ?

This is scary for developers especially, since their success is based off how people like you and me like the games. That is why I will always forgive developers if they delay a game. Like how Rockstar delayed the PC version for a year or Uncharted 4 got delayed a few months. Whatever the reason may be, there’s some good to it and gamers don’t understand the difficulty in game creation.

However, that’s not an excuse to like every game you see. Some are bad. To you, to him, to me, to her. I feel developers try the same thing too often leading to something stale. Just because COD or Skyrim to well doesn’t mean your game of the same genre will too. People know a good game when they play one. Unfortunately, only a few developers take the risk of trying new things. Like Naughty Dog.

6. The infinite amount of broken games

I may seem like a bully for doing this but Assassin’s Creed: Unity was a disaster. Why am I picking on it after so long? Well, it was made by a AAA developer. That game was so buggy that people could make whole 5 minute videos on the various bugs that were present. Battlefield 4 was another big one.

Games are not being tested properly and that’s clear. You don’t have to be an analyst for that. So why will this end the industry? Well, publishers are taking advantage of us and think we’ll stand for paying full priced games and be okay with it. This is damaging to the industry and will put gamers off.

On the bright side, Ubisoft have finally stopped their annual releases and we will not be seeing another subpar title in 2016 from them. Let’s hope they set an example for everyone in 2017.

Every once in awhile somebody tries something new and almost every time they fail. The kinect for instance did terribly. A fancy piece of tech that didn’t engage with the audience. No developer was really on board for making quality games for it and there was potential. I mean, look at the PS2 camera. The EyeToy. That was amazing. People loved it and the games were enjoyable.

Not only that but the PS Vita came to an abrupt halt as well but the PSP was all the rage back in the day. So what does the kinect and Vita have in common? Well, they are both advanced pieces of technology, well beyond the technical capabilities of their predecessors but all failed miserably. This means, it’s the support that’s the problem.

Doesn’t matter how innovative something is, if the audience cannot use the product for what they want it for, in this case play enjoyable games, then it’s useless. The latest new fad is VR. But it’s still too early to tell.

4. Multiplayer is focused on too much

Let’s just get right into this one. Games focus on multiplayer too much. I’m not saying games shouldn’t have them, I’m saying only certain ones should and the ones that do deserve it need to find the right balance. Let’s look at the Batman Arkham games, the last of us and Battlefront (the new one).

Batman – Has no multiplayer (origins doesn’t count as it wasn’t made by rocksteady. But that multiplayer was terrible anyway.) and is brilliant.

The last of us – Has both and is lovely.

Battlefront – Only has multiplayer and is a disaster.

Developers (and publishers. Whoever makes the calls) need to realize not everyone wants to experience connecting with other players but would rather connect with characters the game provides instead. Which is why Ubisoft removed the multiplayer aspect from AC in syndicate.

How is the industry supposed to grow if every game is something that already came out in the past? 2015 was a crazy year for that. Check out some of the ones  game spot covered: Click here

There’s too many. Publishers (or developers. Let’s just use this word interchangeably) are hinged to the past because they’re afraid something new will lead to disaster.

When often, it’s quite the opposite.

Who remembers the whole “Use your phone to play this part of the game” thing? Battlefield did it with commander mode and Ubisoft did it with Watch Dogs with their companion app.

If that wasn’t enough, you have to pay for season passes (usually doubling what you spend) that you know almost 100% could have been in the main game to begin with. Which is why games have an “identity crises” I like to call it. That’s when you finish the game then wait for a season pass so you can actually finish the game. It’s like eating a burger one layer at a time.

I don’t care if they add the season passess or any other form of DLC. It’s just, if it isn’t good then that’s  just unfair to the gamer. Publishers should focus more on having the games….you know…work than promote DLC before the game is even out.

Every year COD and FIFA outsell everything else because people buy the
game regardless.

This doesn’t give room for innovation because why would you change something that makes you so much money with minor modification? Look at how DLC & Microtransactions is your fault too.

Then this encourages developers to stick with the “This worked in the past and it will work now” model. It’s a vicious cycle. And one day gamers might just get fed up with it for good and that will be the last push for history to repeat itself.