Ubisoft has released an 8 minute multiplayer walkthrough video for their upcoming Ubisoft title Watch Dogs. Take a look of what you can expect in terms of online gameplay with the video showing off three different gameplay modes.

Within the video, we see some of the online game modes for Watch Dogs. This includes Online Hacking Contracts, ctOS and the Competitive Decryption Combat. Watch Dogs plays out in a way where players can control the city and environments around them just through use of hacking into the city system which makes for intense and fun multiplayer gameplay. 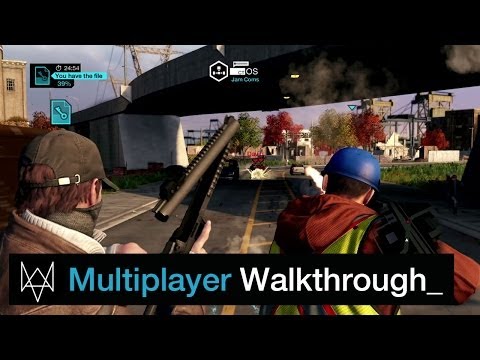 Currently, Watch Dogs is set to release this May 27th for the PlayStation 3, PlayStation 4, PC, Xbox 360 and Xbox One.