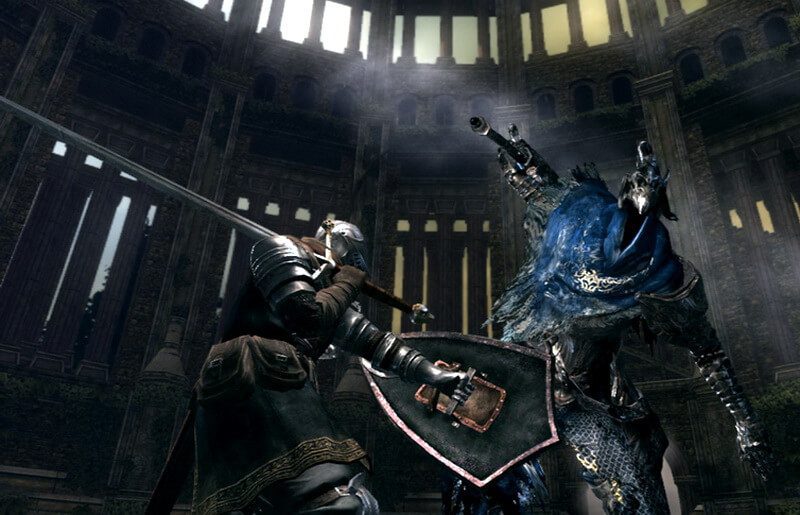 Games nowadays are made with an average level of difficulty, they aren’t too easy or too hard for casual gamers. The main idea of not making the games too tough is to give a scope to all the players to enjoy the whole of the game.

Here is a list of a few challenging games which can give you some kind of satisfaction after beating them.

All the games in the Souls series viz. Dark Souls, Dark Souls 2, Bloodborne and Demon’s Souls are very challenging and can frustrate you, but once you beat them it feels great. This is the perfect series for the gamers who keep complaining about the lack of challenge in games nowadays.

However, from my personal point of view, I would put my money on Dark Souls to be the best game in the lot. Dark Souls seems better than its sequel Dark Souls 2 or Demon’s Soul because of the design and gameplay.

Most of players of the game uses online guides and hints in order to complete the game and there is nothing wrong in it as it shows the challenge it offers to the players.

Super Meat Boy is another game that challenges us and can frustrate us like anything. The game looks very simple with a platform gameplay and all you need to do is keep moving from one point to another.

But the main difficulty of the game is the obstacles that comes on your way while moving from one point to another. The obstacles keep getting tough with every passing level and they can be either piles of salt, saw blades or enemies. You will also have to keep a fact in mind that all the obstacles will kill you with just a single hit.

Super Meat Boy was independently developed and published by Team Meat in 2010 and the game was a critical hit. The controls of the game are perfect with little scope of a mistake and the game is very well designed. The gamers who love real challenges should give this game a try.

Another platform game features on this list. 1001 Spikes is another game which is always waiting to kill you. This side-scrolling game is so unpredictable that dangers can come out of anywhere, even from the unlikeliest of places. This will make you play one level again and again before you can figure it out.

There’s no other way to complete this game other than toiling hard and trying again and again. I can bet a lot of players will leave the game after failing time and again but just imagine the thrill you’ll get when you beat this game.

Spelunky is another platformer which made its first appearance in 2008. The game was developed and published by Mousmouth and received a good reception from the players and critics. This is another side-scrolling platform game which has randomly generated levels, which makes it tougher.

Spelunky was influenced by a Role Playing Game called Roguelike. The game has the same ‘perma-death’ formula as Roguelike which means you lose all the progress if you die once in the game.

You can imagine how frustrating it can be to start the game from the beginning once again. On the other hand Spelunky is a very lengthy game and it can be really disappointing if you die somewhere towards the end of the game. The game will surely consume a few weeks of your life if you want to beat the final boss of the game.

Hotline Miami is a 2D action game with a top-down view developed by Dennaton Games. The looks of the game is not very impressive as it has an 8-bit aesthetic, but the difficulty level of the game is really high.

The extensively brutal game will make you lose your cool for sure with its one hit hill. However the game doesn’t start from the beginning as it has five checkpoints which saves your progress.

You are a hitman in the game and it all starts when you receive a phone call, which details you where and whom to kill. Once you reach the said location you’ll find a building full of goons and you’ll need to plan the attack and kill them. The plot sounds easy but it is not really as you are bound to fail a lot of times before succeeding.

Donkey Kong games have a lot of following mainly because of the cute cartoon gorilla, who cries out loud. The game surely looks like a kid’s game but it is not to be. This side scrolling platformer named Donkey Kong Country Tropical Freeze is no child’s play. This game is designed to kill you at every point.

The game has incredibly tough levels which can kill you at any point of time. Any misjudgment you make while playing this game can cost you your life. The game however is beautifully designed and it feels really great with every passing level. The addiction of this game is such that you would try it again and again despite failing.

VVVVVV is a 2D platformer which was created by Terry Cavanagh. The game was released in 2010 and was built in Adobe Flash. The interesting thing in this game is that you can change the direction of gravity while standing. You can also move left and right in the game but not jump.

The controls of the game are awesome with quick responses. Another point to be noted is that reversing gravity doesn’t make the game easy. You will need to be very careful while you navigate between the spikes and the fast moving enemies.

You will die numerous times for sure but there is a forgiving checkpoint system in the game which can save you sometimes. This game will test and tease your brain and your reflexes and you’ll certainly enjoy beating it.

The game starts mildly, but gets tougher with each passing level as you’ll have to face more obstacles like swinging maces and rotating fire. Once you’re done through the lasers, spike pistons, lava columns and collapsing platforms that will come your way then it’s all enemies and obstacles toward the end of the game.

The positive thing about the game is that it has quick respawns and infinite continues. Do you think we have missed out on any game in this segment? Have your say in the comments section.