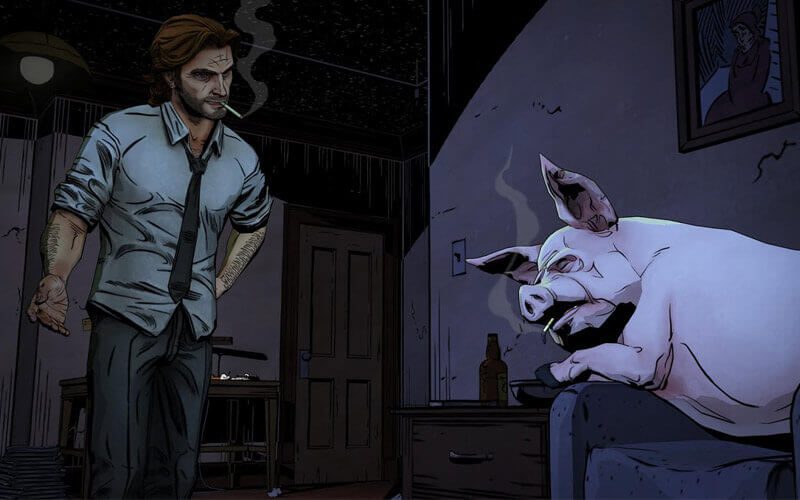 Video games have taken part in our lives for decades now, and naturally, they’ve changed a lot during that time: probably the most spectacular changes can be noticed in the visuals.

In the era of pixelated heroism, we had to rely on our imagination regarding some characters and pieces of equipment, but since then – thanks to advances in computing – we have crystal clear graphics with millions of hues.

However, any veteran who’s been around long enough knows that graphics are not everything, and the visuals alone do not create the entire experience… on the other hand, a creative team of designers can make the game more memorable and gripping at the same time.

This time, we’ve only collected five of these games, although I’m sure that the list could go on and on… Let’s take a look, shall we?

The series, which currently consists of 3 games (not including DLCs), debuted in the summer of 2007. The tale of Andrew Ryan’s utopia has been enjoyed by countless gamers since then.

Rapture. much like the fabled city of Atlantis, experienced their own downfall in the 20th century. The 1920’s art deco style is very prominent in Bioshock, which wasn’t something we had seen a lot of in gaming up to that point.

Art Deco was present not only in architecture, but in the crafts and sculptures, too.

Going back, Bioshock might not look as unique or impressive as it did when it first came out, and that’s simply because so many games have tried to emulate Bioshock’s style and atmosphere since 2007 that in hindsight, it doesn’t feel as unique.

We are absouletly positive that Borderlands is one of the most charming role-playing shooters out there – and to top it off, the game grew into a series in the past few years. Not only the characters and the gameplay, but the (sometimes pleasantly tiring) humor made the game the unforgettable piece of art it is now known as.

Initially, it’s the cel shading style that draws you in, something that wasn’t seen as commonly in games when Borderlands first hit the scene. It feels like you’re in a cartoon.

The third entry on our list is the odd-one-out to a certain degree – and not just because a lot of people have never heard about it before. However, your eyes can easily deceive you – photorealistic graphics are not the only ingredient of a game worth remembering.

The virtual world of Darwinia – created by Dr. Sepulveda – gets infected with a virus, and without our help, the whole existence of this reality is at risk. We need to take command of a polygon-army, clear through the infection and stop the pandemic with the not too clever, but ever-developing AI, and the natives who are gifted with it. Our goal is to ensure that the darwinians can live their lives in peace and safety.

Darwinia was released in 2005, but thanks to Steam sales and very low system requirements, it still gets a lot of love among PC gamers.

Back at the E3 of 2014, specifically at the conference held by Ubisoft, everyone was stunned by the short trailer of the fourth instalment in the series. However, the first impressions of the actual game divided the gaming community.

There were a lot of complaints, not just because of the bugs, but the fact that there are a lot of elements that were put into the game from the prequel. It raises the question: why would you repair something that works fine? Aside from that, the developers insisted on creating a huge world that asks to be explored; and just like in Far Cry 3, it is deeply detailed to the last plant.

Even the most critical person couldn’t pass by the picturesque landscapes of FC4 without at least one compliment or positive thought. Ever wanted to know what it’s like to travel through the mountains of Tibet without the risk of freezing to death? Far Car 4 is the game for you.

The Wolf Among Us

The Wolf Among Us is an adaptation of the comic book series Fables, by Bill Willingham. The story more or less sticks to the canon sources.

Someone who is familiar with Telltale Games will not be surprised by the design of the game, however, in this case, the situation is a bit different: the gloomy world of detective Bigby Wolf matches perfectly with the violent color of neon lights, outback brothels and pubs.

The aesthetic itself is a huge plus to the overall experience. The story unfolds before our very eyes, and the decisions we make play an important role regarding how it all comes together. We get immersed quickly, and the game makes the player feel like that he/she is actually a part of this dark comic world.

What other games should be included in this list? Let us know!