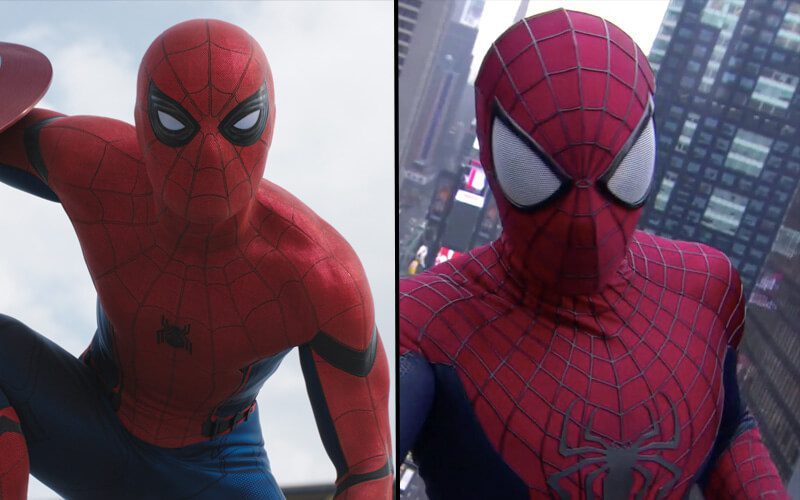 Marvel dropped its second trailer for Captain America: Civil War and it featured our friendly neighborhood Spiderman. He’s finally broken free of Sony’s shackles (with the company’s consent) and is making an appearance within the Marvel Cinematic Universe.

Of course if you’re a fan of the web slinger, you must have already watched the sequence featuring him over and over again but that doesn’t mean you have noticed all the finer details.

We have got you covered, let’s take a look at some of the most notable changes in Spidey’s shiny new costume –

Web Patterns On The Costume –

Fans weren’t a too pleased with the bold web patterns the costumes in most of the Spiderman movies featured and it looks like Marvel is addressing this issue with Spidey’s new look. Although it hasn’t done away completely with the patterns, they are a lot thinner and shinier now and isn’t as bold as before, making the costume look more in sync with the comic book versions.

Less is more apparently for the new costume for Spiderman. The logo pasted in the middle of the costume is a lot smaller than the one we saw in previous Spiderman costumes especially the one in Amazing Spiderman series.

It takes up less space in the costume, giving it a more organic feel. Personally, we love the new size of the logo. It makes the costume look that much better.

In another major change, the new costume has black clips all around Spidey’s waist that looks awfully similar to an utility belt. It might be holding small canisters to store web fluids but who knows a few other surprises can also be stored in there.

This one’s really interesting. The new costume has black patterns that look like Armor both in the Arms and Legs of Spiderman. This makes the costume look much more refined and fits in line with the other Super heroes Spidey is teaming up with, who’re known to prefer armored versions of costumes.

This costume might actually offer some protection to Spidey and he need not rely on his superhuman strength alone.

Of course the most notable and significant change that you can notice in the costume is the way the eyes are shown. As you could see, the new eyes can increase or decrease in size depending on what Spidey is upto.

Have you noticed any other changes in the latest Spidey costume? Are you excited to have him finally make an appearance in the MCU? Let us know below –