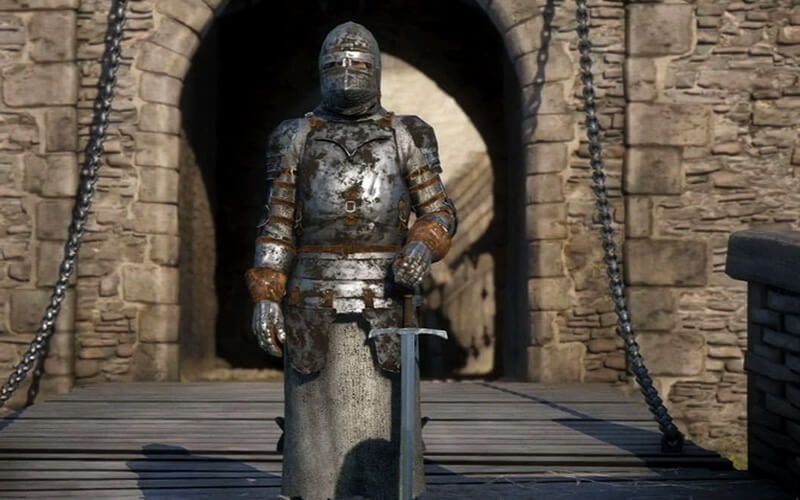 2017 is going to be a good year for the all you gamers out there, many titles will be launched and frankly we can’t wait to see what they have to offer. But with great games, come even greater system requirements and because of this particular reason we thought it would be a good idea to make a list of the most hardware demanding games of 2017.

Because we don’t yet have the official system requirements needed for them, we based this list off the info we have available on graphics performance these games . The greater the details rendered, the greater the need for a powerful system to sustain it.

Check out the video below to find out which games would really be demanding on your hardware:

The role-playing video game Horizon Zero Dawn will be officially launched on the 28th of February. It is developed by Guerrilla Games and published by Sony Interactive Entertainment and tells the story of Aloy, a huntress that lives in a world ruled by robots.

The game will run on PlayStation 4 and will offer a native resolution of up to 2160p, so in terms of graphical performance it’s really staying strong. As proof, we can look at the trailer videos that show just how wonderfully realistic this game looks.

The hack and slash action game, For Honor, will see the light of day on February 17th, it is developed by Ubisoft Montreal and published by Ubisoft and it will be available for Microsoft Windows, PlayStation 4, and Xbox One.

The players will be able to control skilled fighters such as knights, samurais or Vikings and take part in epic battles. Both the arenas’ settings and the characters’ designs look particularly amazing and the amount of detail displayed will need at least an Nvidia GTX780 or an AMD R9 280x to work at 1080p at medium to high graphics settings.

Vampyr is a role-playing game developed by Dontnod Entertainment and published by Focus Home Interactive and it tells the story of the vampire doctor Jonathan Reid. Because it’s going to use an updated version of the Unreal Engine 4, this game will definitely need a powerful system to work properly.

It is thought that the power offered by a GTX 770 or an R9 290 should be enough to meet the game’s necessities. Anyway, as we don’t yet know the exact release date, any of these requirements might suffer modifications until then.

Kingdom Come: Deliverance is Czech developer Warhorse Studios first released title, but this small detail doesn’t influence the game’s performance. In fact, it is an impressive open-world role playing game that takes place in the medieval Kingdom of Bohemia and it has a very prominent focus on historically accurate events.

As for the systems required to play the game at the requested quality, you’ll definitely need some powerful hardware. 16GB of RAM and a GTX 970 or Radeon R9 390 are the graphic cards needed to try Kingdom Come: Deliverance.

Developed by Platinum Games and published by Microsoft Studios, Scalebound is an action role-playing game that gives you control over the main character Drew and his dragon-mount named Thuban. This time, Platinum Games put more emphasis on the graphical performance and role-playing part of the game, instead of concentrating on pure action.

Published by Bethesda Softworks, Prey is an upcoming first-person shooting game that tells the story of Morgan Yu, a human that is stuck on a space station and is surrounded by aliens. The game was canceled by Bethesda in 2014, but as you can see, it was brought back to life again and will launch in 2017.

This game will need a GeForce GTX 970 or a Radeon R9 290 to work well at the predicted settings. Of course, these requirements might change until the game is officially launched.

On February 21 the next year, Halo Wars 2 will be officially up for grabs and you’ll need a pretty powerful machine if you want to experience it. The real-time strategy game developed by 343 Industries and Creative Assembly, and published by Microsoft Studios is the sequel to the 2009 spinoff video game Halo Wars.

In terms of system requirements it will need a GTX 950 or a R9 370X graphics card in order to run at 1080p, high graphics and 60 frames per second.

Star Citizen is about to be released sometime during 2017 and it’s a space sim type of game that includes many complex activities. It has four main gameplay components: first-person combat, mining, exploration and trading, all of these comprised in a massive multiplayer universe.

The requirements needed to play this game are insanely demanding: a high-end GeForce GTX 1000 or AMD Radeon Fury graphics card are going to be needed due to the game’s modified CryTek engine.

The open world tactical shooter developed by Ubisoft Paris will be released on March 7, 2017 and it will be the tenth chapter of Tom Clancy’s Ghost Recons series. In addition to this, it is the first Ghost Recon game to have an open world environment.

In order to play it at the highest settings, namely 1080p and 60fps, you’ll need to have a graphics card such as a GeForce GTX 970 or Radeon R9 FURY. These settings place it amongst the most demanding games that will soon be launched.

Works on an upgraded REDengine 3 and is a role-playing game that can be played from either a first-person or third-person perspective. It is thought to be released next year because the game has been in development since 2012 and the developers gave some hints about 2017 as a possible launching date.

It will need at least 16GB of system memory to work properly and a top notch graphics card such as the GTX 980 or a top end AMD Radeon. As the game’s executive producer said, Cyberpunk 2077 will be “really, really, really f**king badass.”