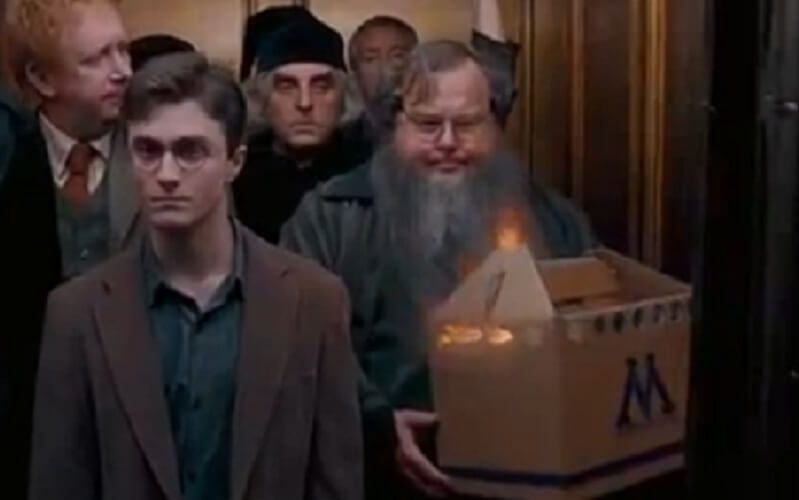 Harry Potter is to films as Game of Thrones is to TV, as far as being popular and grand in scale goes. It also has another common ground, other than being derived by an epic series of books, in the fact that both of them have been born out of the U.K.

You would be surprised to know that many popular actors has reprised their roles in both these series and have done so in a rather successful manner. Let us take a look at 10 actors who’ve played their parts in both of these immensely popular pop culture series.

Michelle Fairley is an Irish actress who has acted in numerous films, television series and theatrical productions. She is best known for her roles in popular TV series Game of Thrones, Harry Potter and the Deathly Hallows Part 1, and The Invisible Woman.

Michelle Fairley is one of many actors who have been featured in both Harry Potter movie and Game of Throne series. The actor made a short appearance as Harry Potter character Hermoine’s mother in the first part of the movie Harry Potter and the Deathly Hallows.

Fairley, however is best known for her character of Catelyn Stark in Game of Thrones. Catelyn Stark, who is a major character in the first three season of the series, is depicted as a strong willed woman who is also a very devoted mother.

Natalia Tena is another actor that has been in both Harry Potter and Game of Thrones. The 31 year-old Spanish-origin British actor and singer has worked in numerous movies and TV shows. The actor was also active on stage from 2004 to 2009.

The actor is also very famous for her role of Osha in the Game of Thrones series. Her character, Osha, appeared in the very first season of the series and continued to appear till the third season. Osha, the free folk or wilding woman, however, disappeared from the fourth season until she reappeared in the sixth season only to be killed by Ramsay Bolton.

Another English actor, David John Bradley, has made an appearance in both Harry Potter and Game of Thrones. The 74 year old award winning actor is also well known for his performances in The Strain, The King is Alive, and Exorcist: The Beginning. He is also renowned for his strong performances on the stage and even won a prize for his role in King Lear.

David Bradley played the very well known character of Argus Filch in the Harry Potter movies. Who can forget that cruel caretaker of Hogwarts? On the other hand, Bradley portrayed the role of Walder Frey in Game of Thrones. He can be seen as Frey in the first, second and sixth seasons of the television series. David Bradley was even nominated for the Best TV villain at the 2013 IGN Awards.

The next actor to feature in this list is Ciarán Hinds. The 63 year old Irish actor has a reputation of working in high-profile Hollywood movies like Munich, Ghost Rider: Spirit of Vengeance, Frozen, Harry Potter and the Deathly Hallows Part 2, and The Woman in Black.

Ciarán Hinds could be seen playing the role of Aberforth Dumbledore, who is the brother of Albus Dumbledore in the final Harry Potter installment, Harry Potter and the Deathly Hallows Part 2. However, in Game of Thrones he played the character of Mance Rayder, the King Beyond the Wall.

Frederic Wilhem C.J. Sjöström, also known as Freddie Stroma, is an English actor of Swedish-German origin. He has established himself as a well known actor, a model and is best known for his performances in films and television series like the Harry Potter movie series, Pitch Perfect, UnREAL, Benghazi, and Game of Thrones.

Freddie Stroma recently made an appearance in the sixth season of Game of Thrones as Dickon Tarly. He has entered the series as Sam’s younger brother and can be seen in the episode ‘Blood of my Blood’.