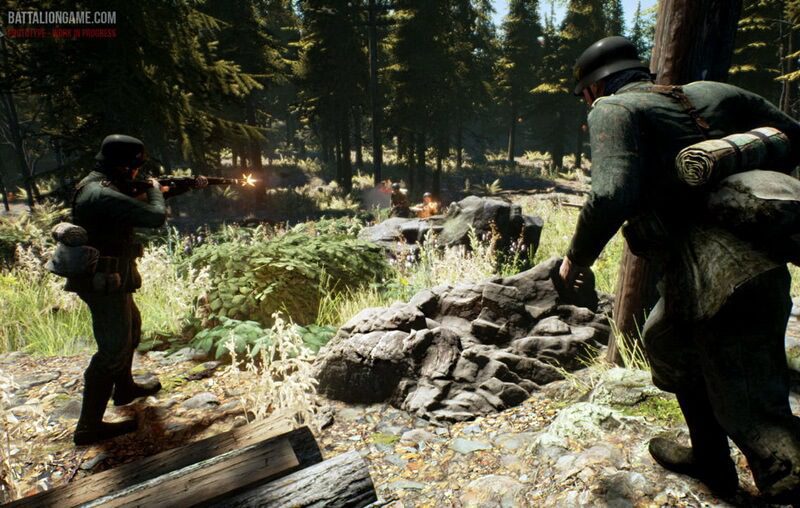 Developers Bulkhead Interactive have finally revealed the stretch goals for their upcoming project Battalion 1944. They said they purposefully held back the game’s stretch goals because it wanted community feedback before promising anything.

We’ve been working day and night to be able to show you exactly what we want to add to the game,

At Bulkhead, we don’t do half measures.

The rewards for meeting goals are actually pretty cool. I have a feeling that they’re already expecting to meet most of the goals with how the game has been received so far, but it’s still fun to see the goals be met.

Having said this, the bottom ones look a bit of a stretch even for them considering they just have north of 5 more days to go before the campaign ends. Having a singleplayer campaign would be rad though, so make sure you throw your money their way.

Here’s a list of the goals. The current donation total as of writing this article is $£265,160.

Good single player campaigns aren’t cheap to make, there’s no ‘add single player’ button for us; it would cost a lot of time and money to make, hence the large funding goal.