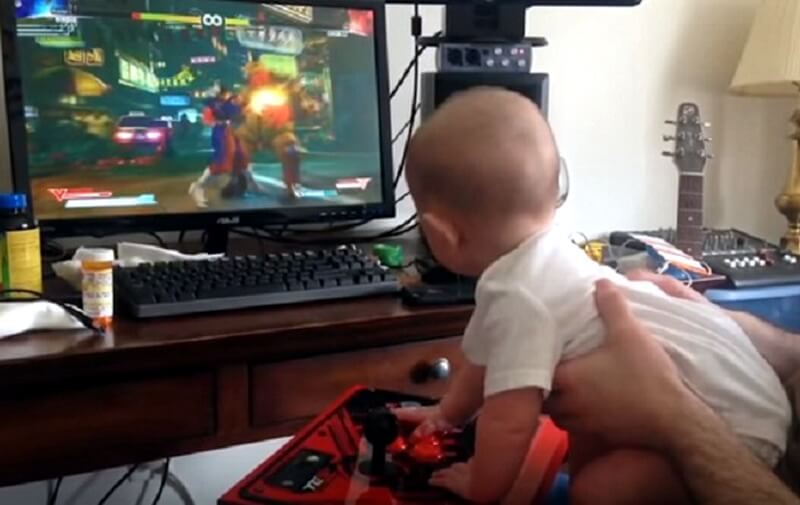 How old were you when you first played Street Fighter? More than a year old at least. Can you imagine a six month old infant playing Street Fighter V and beating it?

Yes, you’ve read it right, a six months old baby has beaten Birdie’s Story mode in Street Fighter V and there’s a video to prove it.

Watch the kid fighting it out from his/her father’s lap in the video below. A gamer in the making already.