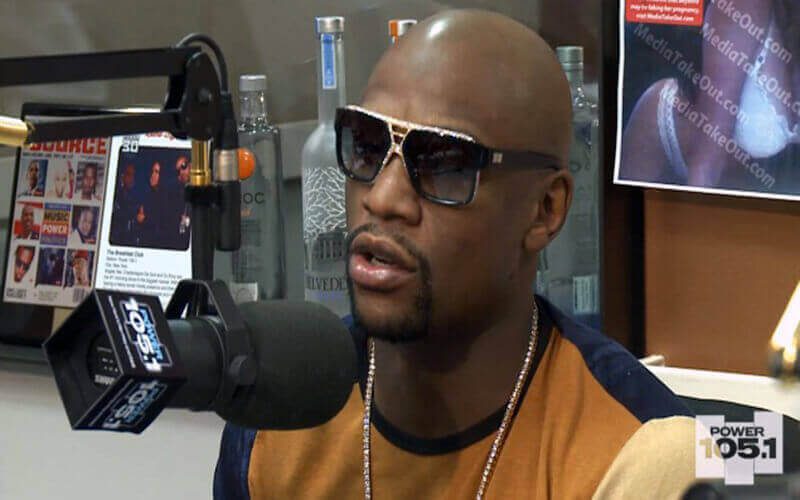 It’s been no secret that Floyd Mayweather and Conor Mcgregor isn’t the best of friends and both of them have been going off on each other of late. This has the internet talking about a possible fight between the two icons. Who doesn’t love a good face-off?

However, we have some expert opinion now that might give us an idea about who’ll be the last man standing if both these fighters were to face off in a street fight.

Former WBO super-middleweight champ Chirs Eubank has said loud and clear who he thinks will win such a duel.

During an interview with Joe, Eubank shared his thoughts regarding the recent feud both these stars had on Twitter and what would “happen” if he two fought –

That would be suicide for Floyd Mayweather Jr. That’s like Floyd now saying ‘right, I’m going to ride the Tour de France and win’.

You’re fit for boxing, you’re not fit for mixed martial arts or street fights or no-holds-barred fights. Conor McGregor would destroy him. There’s no discussion with that.

However, it gets better, Eubank made it clear that if Mcgregor were to enter the boxing ring, Mayweather would destroy him –

Of course he can’t have a chance. Just as there would be no chance that McGregor would beat him with the gloves on.

Eubank also made it very clear that he doesn’t see both of them ever coming face-to-face in a real fight.

What it is with Conor right now, is that he’s in his prime. He is in competition and he is telegraphing messages to his adversaries and he has to.

You can’t go into a fight with your opponent thinking that you’re a reasonably minded man.

He makes people think that he’s unhinged. He’s not unhinged. But he cannot come across that way because it will give his opponents hope.

And when you give a man hope, he holds on that little bit longer which is the difference between champion and contender.

We feel Eubank has everything on point and agree with these comments. Would you like to see these two in an actual fight? Let us know below.