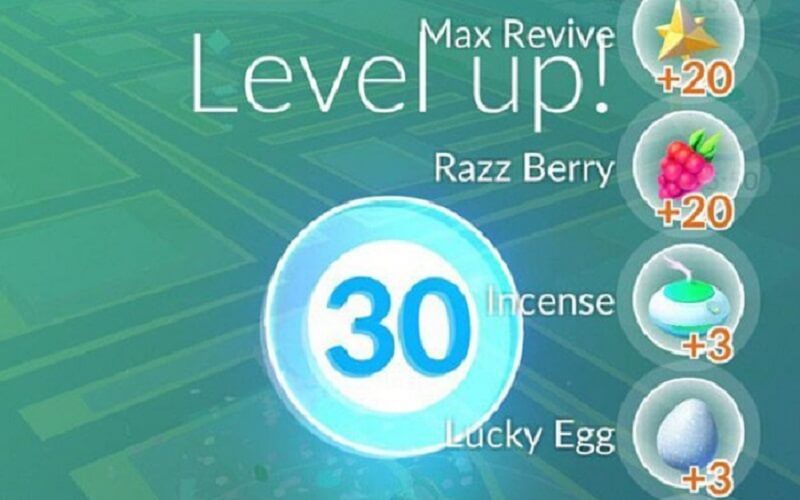 It has been a couple of weeks since Pokemon Go released, and the players are uncovering more secrets about the game with every passing day.

Although Pokemon Go is a fun game, it is not a very easy game to play. The augmented reality game demands a lot of physical movements which even includes fast jogging. This has resulted in players facing more difficulty in leveling up in the game.

However, one Pokemon Go player and Redditor Verigood has already reached level 30 in the game. He should definitely be one of the first one to reach this level as most of the players I know haven’t crossed level 15 yet.

It seems a bit unrealistic but it’s all true. Verigood has even showed off how it’s being like in level 30 in Pokemon Go. He also addressed an AMA session soon after showing off his Pokemon Go achievements.

The screenshot below showcases the rewards you get for reaching this level in the game.

From the AMA, we came to know that one needs 500,000 XP to move from Level 30 to 31. He also added that around 4 to 5 Poke Balls are required to catch Pokemon after crossing Level 25, which means Pokemon doesn’t run away fast in higher levels.

Verigood mentioned about Pokemon having higher CP when the level is higher. He has caught Eevees at CP 866, a Ponyta at CP 1122 and a Rhyhorn at CP 906. He still has some way to go to complete his Pokedex. He currently has 121 Pokemon in it.

However, Verigood hasn’t gotten a glimpse of a Master Ball or a legendary Pokemon yet, despite being at Level 30, which means there’s a long way in the game to go.