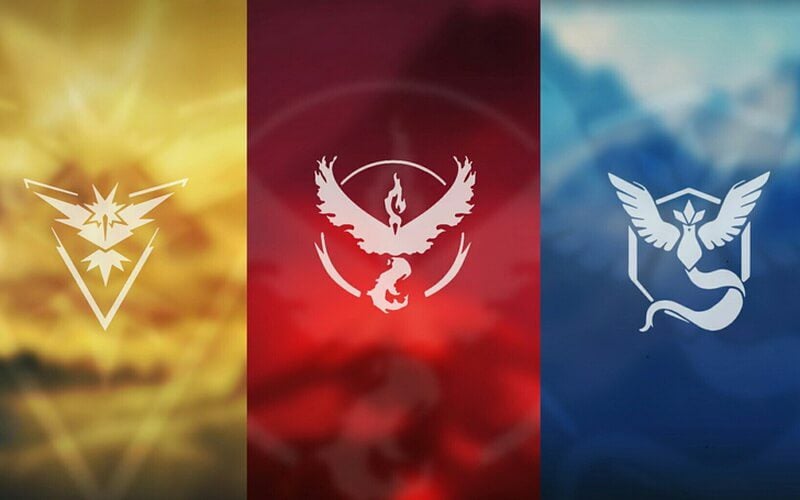 During Niantic’s Pokémon GO panel at SDCC, the three team leaders of the game were finally revealed. While the members of Team Valor and Team Mystic are pleasantly pleased with Candela and Blanche leading their teams, the members of Team Instinct have been a little indifferent about their team’s leader, Spark.

Even though he may not appear to be the strongest team leader, he definitely favors the Internet when it comes to memes. The hilarious creations that have graced the Pokémon GO community depict Spark as a goofy, fast food loving attention seeker, desperate for approval.

Despite the negativity that surrounds Team Instinct, Spark does appear to have an endearing side to him, sprinkled with some innocence. Take a look at some of the best Spark memes we’ve come across so far.

CANDELA: bet u can’t eat 15 crayons
SPARK: BET I CAN
BLANCHE: (sips coffee, checks to make sure 911 is still on speed dial, reads the paper)

i finally remembered who spark reminded me ofhttps://t.co/2YMVN12V6A

Despite the humor that surrounds Team Instinct, the team does seem to have an unfair disadvantage in comparison to Team Valor and Team Mystic. For starters, the Legendary bird that represents Team Instinct, Zapdos, appears to have the lowest damage per second (DPS) out of the three birds in Pokémon GO. Articuno, Legendary bird for Team Mystic, leads the trio with 14.8 DPS, followed by Moltres and Zapdos fighting at 9.52 and 8.33 DPS, respectively.

Secondly, Team Instinct has steadily been at the bottom of nearly every poll and survey regarding which team players have been choosing. The less players a team has in a city, the harder it is to maintain control of gyms.

Third, when you gather enough candy to evolve an Eevee, receiving a Jolteon as opposed to a Vaporeon or Flareon can be a little disappointing. Vaporeons are significantly stronger since they receive the most CP per power up out of the three Eeveelutions (+40 for Vaporeon, +39 for Flareon, and +31 for Jolteon). Their attacks provide more DPS than the other two, especially since their attacks are much quicker.

Team Instinct may have more of a challenge ahead of them in Pokémon GO, but that shouldn’t necessarily deter anyone from joining the team. They do have some badass electric type Pokémon supporting them, they carry around a sense of determination, and they don’t necessarily consider everything to be a dick measuring contest, which provides a sense of humility.