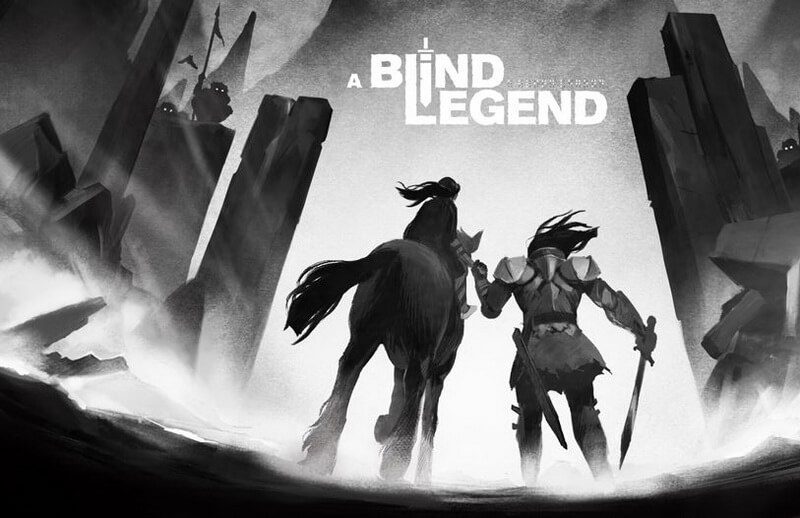 That’s exactly what you need to do in A Blind Legend, which is a adventure game entirely created for the visually impaired. With hack-and-slash combat mechanism, this game has no graphics. The entire game is presented to you with sound cues. There are audio cues in the game for things such as voices, rain, horse-drawn-carts, footsteps and various other noises.

Even when you move your character in the game, there are sounds based on where you’re moving (forward, backward or sideways). It’s all about voices and sounds.

The game, from the ground up, has been made using audio and everything in it including the menus and instructions are read out loud by a mechanical voice. Even the loading screens notify you that the game is loading and there are zero graphics even in the game’s cut scenes.

You’ve your daughter alongside you in the game called Louis. She helps you out with movement and various other tasks. For example, if you’re going the wrong way, she will shout out to you “Turn to the left” or “You’re close!” etc to get you back on the correct path.

Combat is all about timing and hearing your opponent’s movements. If a opponent is readying an attack, you’ll get audio cues to gauge that and prepare your defensive or offensive strategies accordingly.

Your character is also given a health bar and you can figure out how much health you have by listening to his heartbeat. A healthy Knight would have a steady pulse rate but take damage and it starts to beat faster.

The game, surprisingly, is quite fun to play even if you’re not blind. All you need to make sure is that you close your eyes before playing it and it makes for a rather unique and different experience. You can buy the game here. Check out its official website for more details.