After becoming an overnight Netflix-fuelled success, it seems that YOU has already been given the green light for an even-longer run than first anticipated, with a second season confirmed and a third looking very likely. 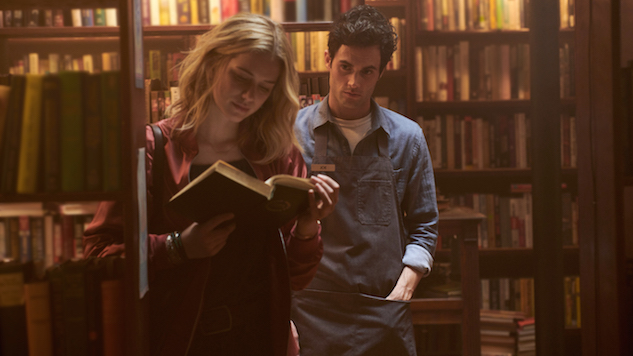 Fans clearly can’t get enough of Joe Goldberg, and while we still have a while to wait until the second series hits our screens (they still need to film and edit it all together first). some new exciting news about what there is to expect has dropped and we physically cannot contain our excitement.

[WARNING – THERE WILL BE SERIES 2 POTENTIAL SPOILERS BELOW]

So, if you immediately binge-read both of Caroline Kepnes books the minute that you finished the series, then you’ll find that there’s quite a few differences compared to on-screen and in the book. Without spoiling anything for you, let’s just say the ending is a lot different than the one you watched on TV, and there’s a whole new setting in book two for you to get to grips with. New York is finished, and there’s an adventure in a completely different city – Los Angeles.

According to TVLine, an Angeleno that crosses Joe’s path is Calvin, “the quirky manager of a high-end grocery store” who is “desperate to suppress his insecurities.” So it looks like Joe’s ‘next victim’ is being tipped as Calvin. He could also end up being the Mr Mooney of the second series – after all Joe need’s to find some way of making money so he can keep on his official top stalker game.

The second book also sees the introduction of Amy Adam, but as she hasn’t been introduced into the series yet and seems to have been replaced with the return of Candace, there’s really no telling why Joe will be brooding his way over to Cali. I guess we’ll just have to wait for more little tidbits to land for us to finally find out what’s going to happen.

Maybe they’ll half the second book into two series. Who knows? All I know is I cannot WAIT for YOU to return.