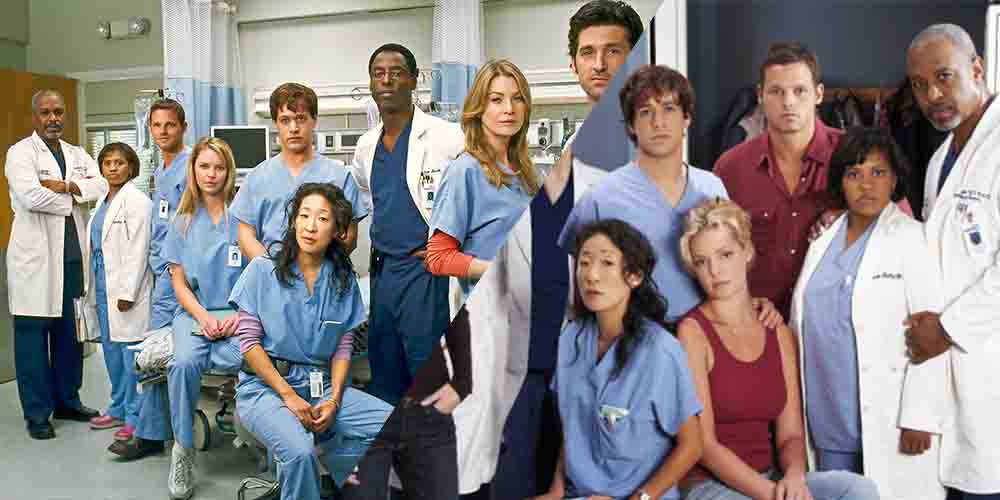 Grey’s Anatomy fans will be thrilled to hear that there is still a pretty big chance that Sarah Drew, who plays April Kepner on the popular hospital-themed show, could be returning.

According to TVLine, a Q&A session took place about Grey’s and whether or not Sarah Drew could come back to reprise her role on the show, with audience member Dottie asking: “Please tell me Grey’s Anatomy is going to bring April back this season. She still lives in Seattle. It would make sense!”

Journalist Michael Ausiello reveals that Jesse Williams (who plays Jackson Avery) has already stated how much he’d love Drew too return, even quoting a statement from the actor saying: “April is local and we share a kid together, so it would be an opportunity to highlight what it is to be a co-parent, or what it is for April to be a third wheel in my relationship with Maggie. It’s real-life. Most marriages end in divorce which means new people come into our lives and you have to co-exist. You don’t see a lot of that on broadcast television.”

It does make sense, and considering they didn’t kill off April in the same way that they do with the majority of cast members, it’s looking very likely that we will get to see her back on screens – as long as Grey’s doesn’t end in 2020.

Ellen Pompeo, who plays Meredith Grey, has been dropping some VERY strong hints that left fans panicking about the fate of the popular medical drama.

She’s reported to have said: “We’re starting to think about how you would end a show this iconic.

“We just take it one season at a time.”

Starting to think about ending the show?! Oh no, this is NOT the news we all needed to hear. There’s still so much more we have left to find out about!

Grey’s fans were left shocked quite shocked at the end of series 14, when the show axed two of its most central characters, Dr April Kepner and Dr Arizona Robbins. It’s believed the decision to leave was not their own.

The show faced a lot of backlash when news of their departure went public, and despite a happy ending for the two, fans still weren’t pleased about what happened – with many left threatening to boycott the show in solidarity towards the actresses ‘unfair’ dismissal.

Someone quickly tell Ellen Pompeo that she NEVER wants to stop. Okay?

Every season has first aired around September in the US, and the UK usually gets it around November.