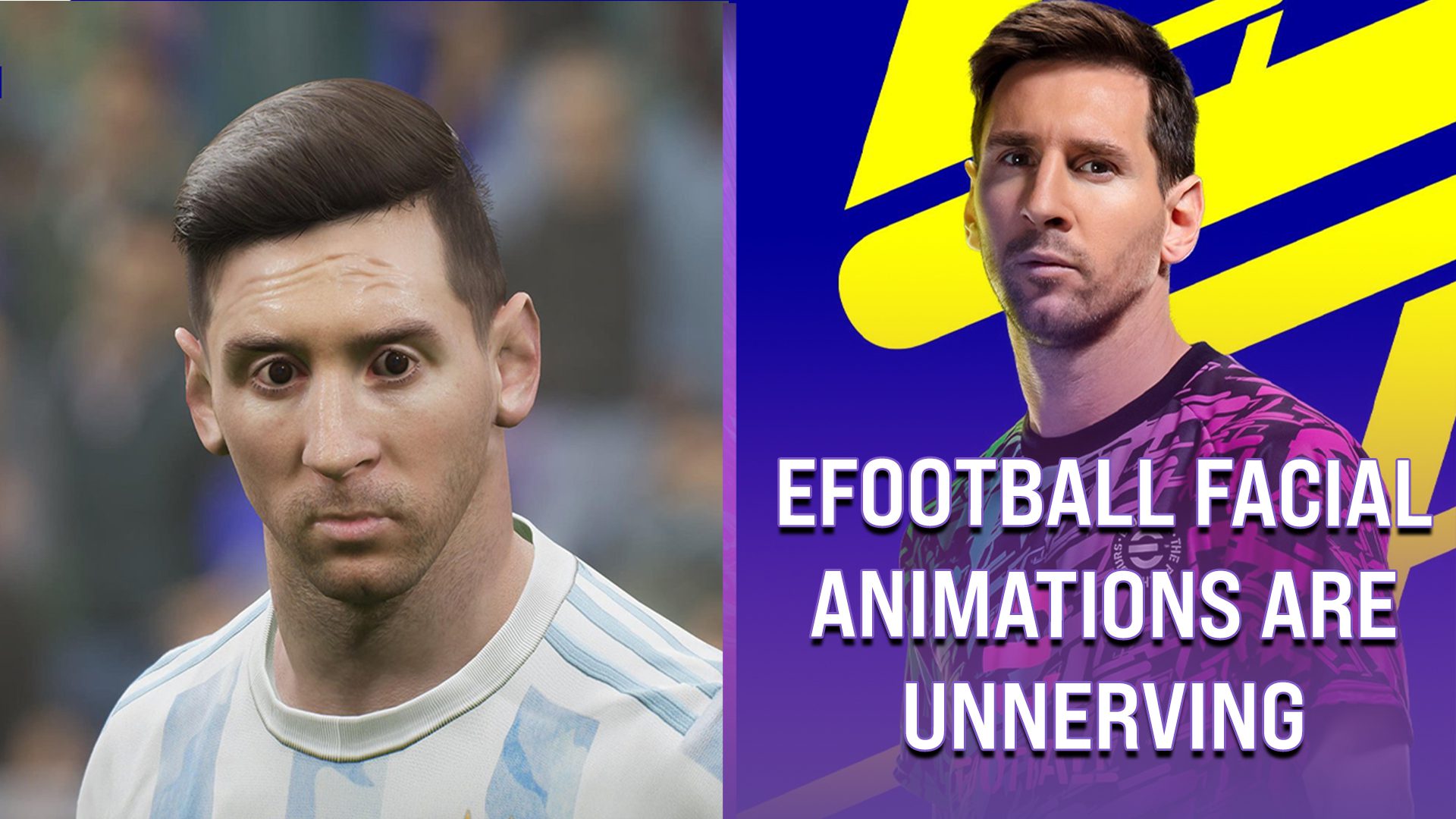 eFootball launched to the worst steam reviews ever, but what’s even more attention grabbing are the eFootball facial animations.

eFootball was supposed to be the relaunch for the long-running football series. Previously known at PES, the football sim adopted the free-to-play model, which is an enticing offer over FIFA’s yearly £70 price tag. But with shoddy physics and questionable content, eFootball is a bit of a disaster.

But all clouds have a silver lining. Amidst the ruin of eFootball comes an absolute corker that is sure to produce a few laughs. Enter the eFootball facial animations, which are both haunting and hilarious.

ITS A MESSI AFFAIR

Various screenshots of eFootball’s facial animations have been doing the rounds since its launch last week. And fair to say, they aren’t quite as picture accurate as many would like. Messi as shown above, has a particularly sad look to his eyes. But the hilarity doesn’t stop there. Below we have what seems to be Raphael Varane. I could never be quite sure though.

What’s really shocking is that eFootball reportedly used facial scans to create more accurate portrayals of its various football players. However, along with its atrocious reviews, eFootball seems to be in a bit of a mess. Maybe with some future updates the facial animations will calm down a little.

Looking over at FIFA 22, which also just launched, its facial animations are far more accurate. And it didn’t use facial scans. FIFA has also remained in the top five in the Twitch charts, showing its dominance over eFootball.

Many players were not happy about the launch. One Twitter user even claimed that Konami had ruined their favourite franchise with its glitched animations.

Konami did issue an apology to fans after the rocky launch. In its statement, it claimed that it would do its ‘upmost to satisfy as many users as possible‘ with continued support. It definitely needs it at this point, but at least we got a good laugh out of it.

Have you come across any disturbing eFootball facial animations? Send us your funniest over on our social channels!