When most people think of North Korea, video games is probably one of the last things that would come to mind. However, a photo has surfaced on the Internet showing around 1000 people playing the popular video game Battlefield.

What’s strange about this discovery? Well for one, it’s reported that there are only around 1500 IP addresses in the entire country. To put that into perspective, the United States has over 1 billion IP addresses; that’s nearly half of what the entire world has. North Koreans also don’t have unlimited access to the Internet either. Supposedly, only government ambassadors, high ranking officials, and members of non-governmental associations can access the Internet without limits.

This also brings up the question about who is actually playing Battlefield in North Korea. With only one Internet service provider in the country and a small number of individuals having Internet access that isn’t limited, it is hard to tell. Perhaps government workers and leaders play during their down time? It’s a crazy theory to imagine, but not entirely unrealistic. However, it is much more amusing to think of an illegal underground gaming community hiding in the shadows and corners, both in game and in real life.

There is a thread on Reddit discussing this image, and there are some people that question the legitimacy of North Koreans playing video games. Some suggest that hackers have changed their IP address to reflect a North Korean location. Others say that you can just select North Korea as your location in game. Perhaps it’s a way to prepare for battle, in some strange way. According to robinhss on Reddit, “This is how they train their military.” Reddit is no stranger to hilarious comments, as you can see.

This isn’t the first time that North Korea has been oddly noticed for incorporating video games into their unique lifestyle. A few years ago, a propaganda video was released that had clips from Call of Duty in it. It’s a little strange tactic to use, but on the other hand, it does show that there are people playing video games in the Democratic People’s Republic of Korea (the country’s technical name). You can view the video below. 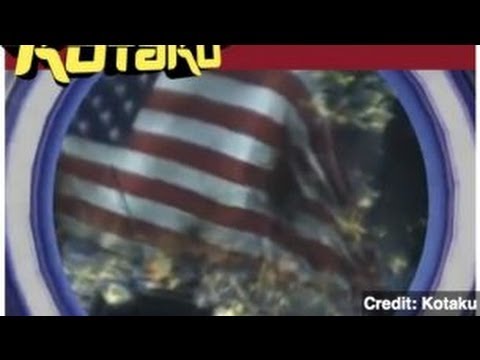 Does this mean that you might be matched up against an army of North Koreans in your next online match? Probably not. However, it does remind us that video games are something that this world as a whole has fallen in love with.